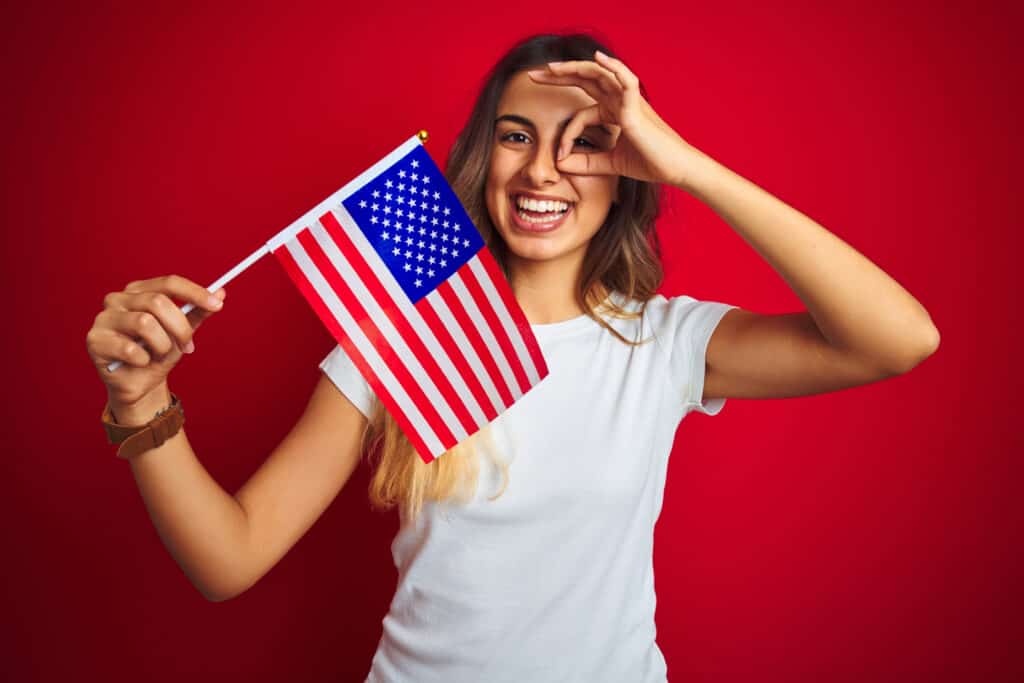 While scrolling my favorite internet forum, I encountered a fun question, “What’s an incredibly American thing Americans don’t realize Is American?” Here are the top-voted responses.

“Many years ago, I visited the south of France with a friend. It was a hot summer day, we stopped at a little bistro, and in broken French, we asked for water–with ice. The waiter replied in English: Ah, American Champagne,” a final person commented.

Related Article: Is Your Net Worth Below the Nation’s Average for Americans?

“Back when I worked at Panera Bread, a customer asked for ranch; we didn’t carry it back then, and when we informed him, he said: Are y’all communists?!” someone recalled. “It’s crazy how Americans think ranch goes on everything and is available everywhere.”

Related Article: Can You Spot A Wealthy Person In Your Circle? 10 Subtle Signs

“Prescription drug commercials. I noticed the most on my trip to England. I was watching the winter Olympics and couldn’t figure out what was weird. Then it finally hit me that there were no medical ads. And my family was just like, yeah, they’re illegal here. Which, I think, is the right model,” stated another.

4.  Not Taking Care of the Military Veterans

“Not taking care of veterans. I met a Vietnam Vet at Dallas Veterans Affairs hospital. This man had been fighting for 40 years for benefits because he had grenade shrapnel through his chest. He had X-rays SHOWING the shrapnel in his chest.”

“The Doctors said that’s not a military-related injury. To this day, I’m not sure where else that shrapnel could have come from,” someone shared.

5.  Just Handing Your Credit Card Over in Restaurants

“When I started working in hospitality, I had an American customer who just gave me their card. I took it to the register, paid the order with a swipe, and gave it back. My manager told me never to do that again,” one person recalled.

6.  The Luxury of Drive Thru ATMs

“This is super normal in the USA. They aren’t always machines. We have drive-thru banks. Most banks have a drive-thru section you can do simple bank stuff from the car. I’ve seen this my entire life,” one stated.

7.  Smiling at People We Don’t Know

“American here. When I studied abroad, I was smiling and friendly to strangers. But, in London, they looked like I wanted to steal something from them,” replied one. “One of my favorite quotes from a Frenchman I met was, You stupid Americans, always walking around smiling, like a bunch of idiots,” a second person recalled.

“I am American. When I moved to Australia, I was constantly asked this question: Are red Solo cups real? Everyone has a red Solo cup in the movies whenever there is a house party. I was caught entirely off guard by the Solo cup question. Since then, I’ve been very attentive to these damn red cups. They are everywhere,” another shared.

9.  The Fascination with High School and College Sports

“It’s strange to Europe, but after watching U.S. sports, I realized that many states either don’t have a team in a major league or will only have one. So it’s not like here in the U.K., with 92 teams in the football league, and even more below that, most major leagues in the U.S. only have 30-40 teams. That’s why people are so invested in college sports. A lot of the time, they’re the only local teams,” another suggested.

“Might just be me, but when you ask Americans on the internet where they’re from, they reply with either a state or a city instead of their country. It doesn’t cause any confusion since most people know most American states and at least the major cities. You rarely see an Indonesian person, for example, say they’re from West Java, just that they’re from Indonesia,” said one.

We hope you enjoyed this Reddit picks list of incredibly American things Americans do without realizing they are American. Also, check out these real ways to make money online without paying a dime.