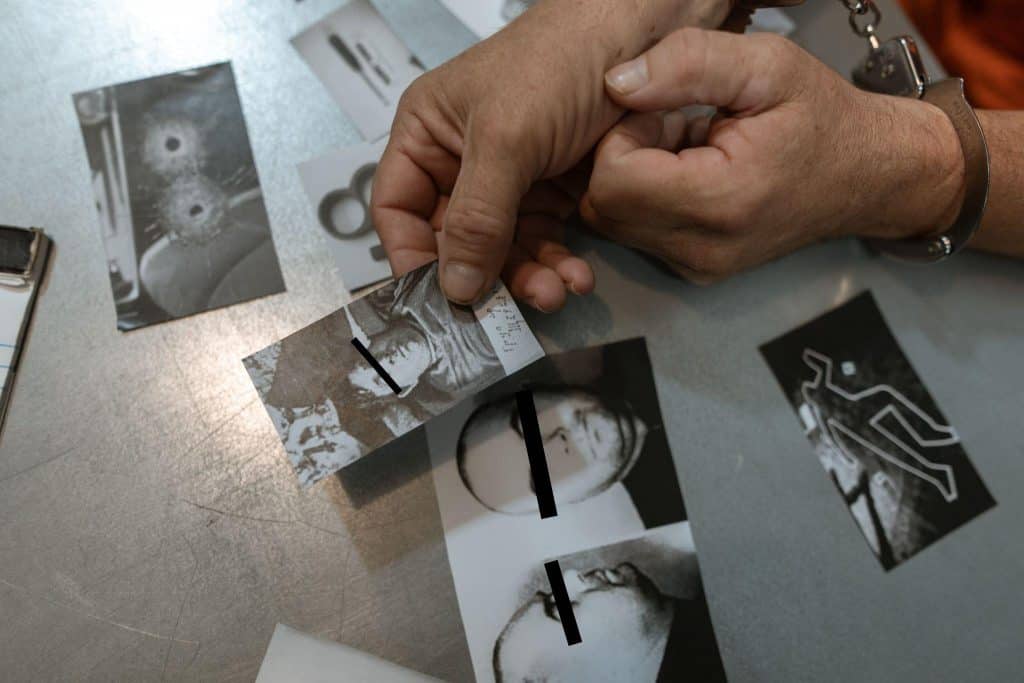 Everyone is obsessed with true crime podcasts. Tens of millions of listeners tune in to learn about murders, kidnappings, and crimes that have gone unsolved for decades.

True crime enthusiasts are nothing new: Crime has always captivated the human imagination. People have been fascinated for decades over criminal behavior, and true crime books and documentaries abound.

True crime podcasts have become increasingly popular in the past few years, with many different podcasters attempting to explain the timeline of crimes, the failure of the justice system, or offer theories to true crimes that have never been solved. If you’re interested in launching your own true-crime podcast, find the best hosting service for your podcast, and don’t forget to check out this guide.

If you are a fan of horror or enjoy reading or watching about crime, real or imagined, then check out one of these extremely popular true crime podcasts and see what all the buzz is about!

Don’t forget to lock your doors!

15 True Crime Podcasts You Need to Listen To

Bailey Sarian is the queen of true crime stories on YouTube. She talks about murder, mystery, and makeup on Mondays. This time, she’s going to sit down with you every Wednesday and talk about murder, mystery, and history. The podcast premiered on June 2nd this year, and you can listen to the episodes everywhere for free. Meanwhile, you can catch the videos on Thursdays on her YouTube channel.

The Nobody Zone is an award-winning podcast about Ireland’s first serial killer Kieran Patrick Kelly, a homeless man who admitted to a series of murders that seemed unnoticed. Kelly claims that his first murder was pushing a friend under the train in London in the ’50s. Although he was convicted of two murders, he admits that he killed about 15 people over the course of 30 years.

Alien abductions, bizarre true crime occurrences, and lack of logical explanation feature in this supernatural crime podcast. Supernatural dives deep into unconventional and mystifying crimes where somehow the truth lies in the unknown.

This podcast is about the death of a Welsh private detective who was struck in the head repeatedly with an ax. This 1987 unsolved murder was hosted by Peter Jukes and Alistair, the victim’s brother. The podcast reveals what went wrong in the murder investigations, from cover-ups, corrupt cops to why his Rolex watch was taken in the crime scene. In 2011, three men were charged for his murder. Eventually, all of the charges were cleared due to a lack of evidence.

5. Death of a Starlet

Death of a Starlet is a six-part series about Dorothy Stratten, who was found dead at the age of 20. The podcast talks about her Hollywood dreams and her career as Playboy Playmate, ultimately leading to her untimely death.

6. What Happened to Annie

This podcast highlights the life and death of Annie Borjesson; a Swedish musician found dead by a dog walker on a beach in Scotland in 2005. Her family was told it was suicide. But this 6 part series analyzes what all the “might have beens.” At present Scottish authorities still refused to release photos for analysis. However, the Swedish government agrees to facilitate access to all documents related to her death.

True crime story author and investigative journalist M. William Phelps explores the incident that took place in 1981, where a farmhouse was engulfed in flames in Ohio. The podcast talks about what really killed the four victims, never before heard audiotapes, and declassified documents.

8. The Something Scary Podcast

You will enjoy listening to this podcast if you like creepy ghost stories, folktales, and urban legends. One episode tells stories about haunted objects, like a cursed stuffed bear and a watch.

Brainwashed is a haunting podcast about mind-controlled experiments by the CIA from the Cold War to the so-called War on Terror. The podcast tells the story about patients turned human guinea pigs at a Montreal hospital by a renowned psychiatrist. In addition, the podcast explores cultural impacts like how the CIA brought LSD to the U.S., what happens when the military and medicine collide, and how the survivors are fighting back.

Serial started it all. Sara Koenig started this podcast in 2014 and pioneered investigative storytelling as a medium. She ignited public interest in true crime stories, introduced many people to podcasts, and got them hooked.

Criminal debuted nine months earlier than Serial, but we can’t deny that this podcast is just as good as the other. Public radio host Phoebe Judge and producer Lauren Spohrer created the show. Every episode of Criminal is gripping and hypnotic, which over time, was embraced by mainstream media.

Thanks to this podcast, a long and painful investigation about a murdered beauty queen was brought to an end. Up and Vanished was hosted by Payne Lindsey, an aspiring filmmaker and musician. Even though the show received a lot of backlash, Up and Vanished provided what other podcasts don’t, justice and a satisfying ending.

The story of Debra Newell and con artist John Meehan is all over the newspapers and TV shows. But the Dirty John Podcast is groundbreaking in its telling. Not only is it a reliable source of what went down to this rollercoaster ride of a relationship, but Dirty John also became an eye-opener about what it’s like to be in an abusive relationship.

Believed is a podcast that looks at the most notorious case of sexual abuse in U.S. history. It tells the story of over 300 women who filed claims that they were sexually abused by Olympic gymnastics doctor Larry Nassar.

This podcast tells about the haunting story of the women of Ciudad Juarez, where hundreds of them have been missing since the ’90s. Eventually, these women were found dead and carved with strange symbols. People have been speculating that this is isn’t some serial killer’s doing, but a Satanic cult.

Listening to true crime podcasts can be an enjoyable and frugal activity to do when you are bored, if you have a long commute, or while you are doing chores. So try some of these best true crime podcasts and let us know which other one you think should be included on this list!

Robyn is a millennial mom with a passion for personal finance. She has her MBA and has been studying Personal Finance on her own for as long as she can remember. She has always been “into” personal finance but got inspired to start her blog after a period of extended unemployment. She says that experience really changed the way she viewed her relationship with money and the importance of accessible personal finance education. Read more at A Dime Saved.
JOIN US