Protect Your Portfolio as the Russian Invasion Increases Inflation And Volatility 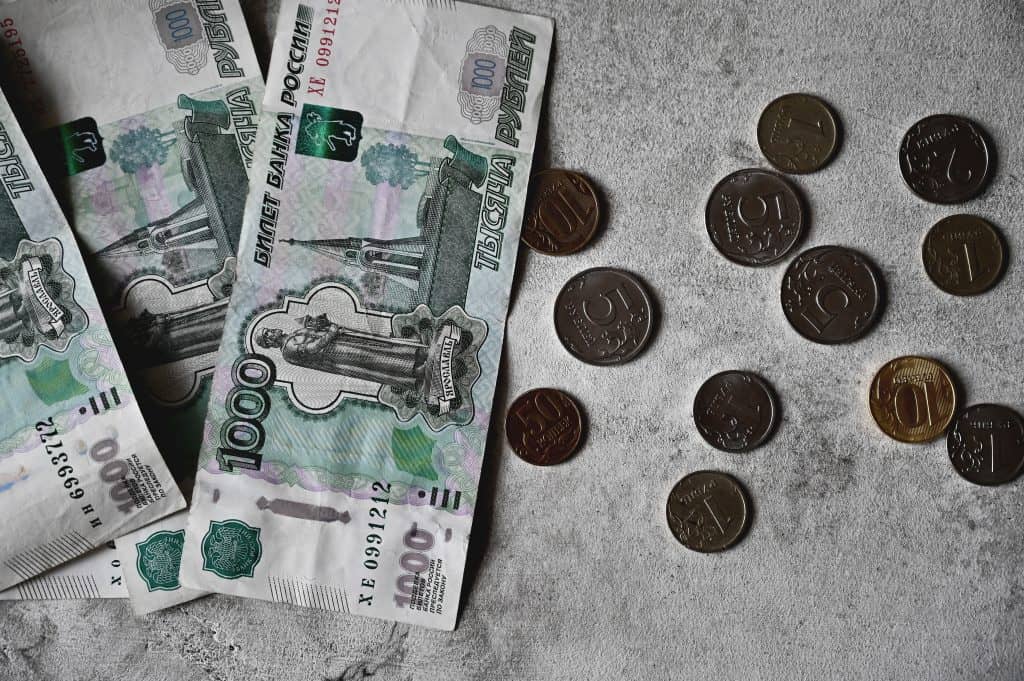 Inflation rates in the United States rose over 7.5% during the last 30 days; the fastest jump in inflation over the previous 40 years.

Unfortunately, now that Russia has attacked Ukraine, inflation may continue to snowball, and the Federal Reserve might not have sufficient tools to control inflation without risking recession. In addition, global stock markets have been rocked with uncertainty.

How bad is the current situation, and what can we do to protect our portfolio from increased inflation and volatility?

Oil is continuing to march higher beyond $110 a barrel. Russia is one of the largest oil producers globally and ships more than any nation other than Saudi Arabia. They produce about 5 million barrels of oil each day. In 2021, 21% of all gasoline used in the United States came from Russia. The country is also one of the world’s largest natural gas producers. Germany and other European countries depend on Russia for natural gas. Russia is a significant supplier, and Ukraine is a major transit route to Europe.

On February 28, 2022, the United States Treasury placed sanctions against the Central Bank of Russia for the first time in history. The United States and Europe have also pledged to remove Russian banks from SWIFT – designed to limit Russia’s ability to pay for the war by exporting oil.

On March 1, oil prices rose by 7% to their highest level since 2014. The International Energy Agency agreed to release 4% of the reserve held by 31 international countries, but it is not enough to offset the loss of Russian oil.

Since energy is used throughout the economy, from the transportation of goods to running manufacturing plants, rising energy prices are expected to increase costs throughout the global economy. Euro-zone inflation already increased to an all-time high as consumer prices rose 5.8% annually.

Russia and Ukraine account for 25% of global grains trade. The military exercise by Russia may drastically slow or stop wheat production in Ukraine. Furthermore, the country was a significant producer of sunflowers used to make sunflower oil. Over 75% of sunflower oil is produced in the two countries.

Wheat futures rose by the maximum allowed by the Chicago Board of Trade for a rare third day as Russia’s invasion of Ukraine stifles shipments from some of the biggest suppliers. The futures have surged more than 30% this year, so expect food prices to be severely impacted.

On February 25, 2022, “The FAA issued Notices to Air Missions (NOTAMs) expanding the area in Eastern Europe and Russia where U.S. airlines and U.S. pilots cannot operate. The expanded NOTAMs now cover the entire country of Ukraine, the entire country of Belarus, and a western portion of Russia.”

The U.S. Department of Transportation and its Federal Aviation Administration are issuing orders blocking Russian aircraft and airlines from entering and using all domestic U.S. airspace. Many countries, including Canada, refuse to let Russian planes land at their facilities.

This ban will significantly impact flights from Southeast Asia, which typically fly over this area. Russia may retaliate by withdrawing permission for planes to land in their country from nations where they are being sanctioned. If Russia chooses to act, there could be a significant impact on supply chains worldwide.

The U.S. Treasury imposed direct sanctions against Russian maritime shipping, coupled with port restrictions by the U.K., Netherlands, and other countries. Both the E.U. and the U.S. have included Russian Railways in their sanction list, including the Trans-Siberian rail network from Asia to Europe.

The supply chain was a bottleneck before the Russian invasion, and with the additional restrictions, the movement of goods will take longer and be more expensive, resulting in higher inflation.

Where Should You Invest Now?

Russian equity funds have tumbled by more than 23% since the beginning of the year. Although you may not own Russian stocks directly, the global stock markets are correlated. At the end of 2021, investors outside of Russia held about $86 billion in Russian stocks through various developed market index funds.

While average investors suffer losses, and Russian stocks become impossible to trade, hedge funds are positioning themselves in alternative assets like energy stocks. As discussed, prices will likely rise steeply without Russian energy, especially natural gas in European countries. Given the challenges with commodities trading, it can be difficult for retail investors to profit.

Since it is doubtful wheat will come out of Russia or Ukraine in 2022, now is an excellent time for farmland investing. In the past, investing in farmland was available to only the ultra-wealthy. However, with the advances in technology and crowdfunded investments, it’s now accessible to almost everyone.

Farmland is well-suited to retain value over time, even during recessions. Its value increases when agricultural products become more expensive since the underlying land becomes more valuable.

Land in rural America has had a steady increase every year. As per the Feb 2022 AgLetter published by the Federal Reserve Bank of Chicago, there was an annual increase of 22-percent in the Seventh Federal Reserve District’s agricultural land values in 2021 — the most significant such rise over the past decade.

Farmland investing bears similarities with gold and other precious metals that investors lean on to hedge against market volatility. There’s a finite amount of farmland available, even though the global demand for food will require farms to double their output by 2050. Farmland is unrelated to the rest of the market, making it a solid investment in volatile market years and adds diversification to your portfolio. Farmland investing can offer investors a consistent income, while providing the safety of capital preservation. You have a tangible asset backing your investment.

The San Francisco Federal Reserve published a paper titled “The Rate of Return on Everything, 1870–2015.” It shows residential real estate, not equity, has been the best long-run investment throughout modern history, so far. As per the authors, “Returns on the two asset classes are in the same ballpark – around 7% –but the standard deviation of housing returns is substantially smaller than that of equities (10% for housing versus 22% for equities). Predictably, with thinner tails, the compounded return (using the geometric average) is vastly better for housing than for equities—6.6% for housing versus 4.6% for equities.”

The most important part of the study was that although returns on housing and equities are similar, the volatility of housing returns is substantially lower.

Even though the Federal Reserve Bank is likely to raise interest rates, there are still many reasons to be excited about investing in real estate. Traditionally, real estate has been a great way to hedge against inflation. Typically, the value of real estate rises faster than inflation.

Housing production has not kept up with the growth rate, and it will take years for this scenario to correct itself. Therefore, there is a shortage of available housing units in almost every market. There is also a considerable demand for commercial real estate as more people want to eliminate reliance on products made overseas, and are now willing to spend a little extra to buy those made in the United States.

Real estate could be an option for investors wanting to beat inflation and receive predictable income compared to the volatile stock markets based on all these factors.

The last three years have shown that risk can manifest in unexpected ways. Having a well-diversified portfolio with proper asset allocation is the key. When we build our portfolios, we should look at various income-producing assets and pick different asset classes based on risk, return, safety and liquidity.

Not all assets will outperform in every market condition. However, they can protect your portfolio. Having steady income-producing assets backed by tangible goods helps weather increased inflation and volatility.

This article was produced by Financial Freedom Countdown and syndicated by Wealth of Geeks.