No Savings? You Can Still Go to College 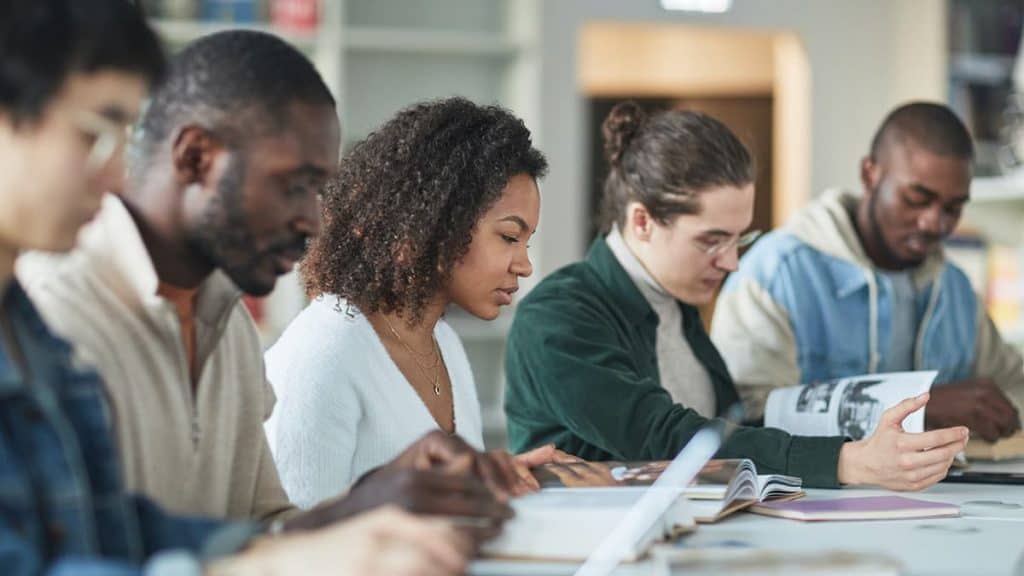 Recently, President Biden announced another extension of the moratorium on paying back student loans. Further, insiders say to expect an announcement that a significant portion of that existing debt may be canceled before the end of the year.

The ramifications of such a move are still being speculated, but if you or your soon-to-be high school graduate is looking to start college without money saved, you have larger worries.

Luckily, there is a way to significantly reduce your college expenses without going deep into debt!

According to the US Department of Education, Americans owe 1.6 trillion dollars in student loans as of 2021. With that astronomical number, it’s no wonder huge student loan debt is now considered the “norm.”

It seems the problem is only going to get worse. Many Americans ignore the issues associated with student loan debt, feeling there is no other alternative than to live with it.

Even when we’re trying to be responsible and not incur student loan debt, programs that appear to assist can be misleading or too complicated to take advantage of properly.

Have you heard of the Public Service Loan Forgiveness Program? this federal program grants loan forgiveness to government employees, as well as those working for 501(c)(3), or other nonprofits that provide qualifying public service as their primary purpose.

Many public school teachers take out loans and expect this program to erase their student loan debt after ten years of public service. But the Education Data Initiative, found only 2% or fewer applicants to the Public Service Loan Forgiveness program get approved and their loans forgiven.

There are so many hoops to jump through for this program that most people who thought they qualified for loan forgiveness do not. The fine print in the program has prevented most people from seeking forgiveness to get the help they thought was coming their way.

How Much Does Tuition Actually Cost?

Let’s look at the current average tuition rates of some local universities to see how much you can expect to pay for in-state tuition and fees – not including room and board:

*statistics current as of April 2022

As you can see from the above list, you can expect to pay anywhere from $5,656 a year to $60,552 each year for a 4-year degree at a university. Keep in mind that these are all in-state tuition rates. If you are attending from out of state, expect to pay 2x-3x these amounts. Unless you find a way to manifest money quickly, you can see how easy it is to owe $100,000 or more in student loans upon graduation.

How We Saved A TON Of Money On Tuition

Now that I have given you all the doom and gloom statistics, let’s look at an alternative. This is the route my husband took to get his degrees, and it’s one that saved my family a TON of money!

My husband attended a community college for two years and completed all his prerequisites out of high school. He met with a counselor and made sure that every class he took could transfer to a university. As a result, he only had to pay for two years of university tuition.

The Cost Of Community College

According to the Education Data Initiative, the average yearly cost of tuition and fees for a community college in the United States is only $3,400.

My husband attended Glendale Community College for his first two years to save money. In 2022, the tuition for 30 credits a year is $2,550, a savings of at least $14,900 in education expenses than if he had attended a university.

After two years at the community college, he transferred to Northern Arizona University (NAU). The tuition per year at NAU is $11,896. By going the community college route, he received a four-year Bachelor’s degree for $28,892 (in today’s dollars) versus $47,584. His degree has one name on it – Northern Arizona University – even though he only studied there for two years.

Does A Name Really Matter?

Before you argue with me about the value of a degree from USC or another prestigious college, can you tell me the name of the school your doctor or surgeon attended? I’ll bet you can’t. You don’t know which university your doctor, surgeon, dentist, anesthesiologist, or other high-paid professional attended because it doesn’t matter.

You value your doctor for reasons other than what school they attended. Bedside manner, knowledge, and communication skills attract you to them, not that piece of paper on the wall. College is important, but putting yourself into $100,000 worth of debt is a terrible route to take.

You Still Need A Budget To Be Successful

You still need to budget your money to afford a college degree, even using the community college method.

If you start with a community college, the average tuition is $3,347 a year. That comes out to $279 a month. But that’s only half of the picture. Take advantage of the money you’re saving now by banking it for later.

That means you’ve already covered the cost of the first half of the year. By continuing the process, paying and saving, your habit will get you all the way to a four year degree before you even notice it.

Other Great Ways To Save Money On Tuition

Here are some other great ways to reduce your college tuition expenses:

Wherever you are in life right now, make a decision to do everything you can to avoid going into debt for a college degree. It certainly is possible to cash flow a college degree if you plan for it and do your research.

Think outside the box when it comes to college. The mainstream way of thinking will lead you down a dark path of debt and regret. Instead, look for other ways to receive a college education without paying for it for the rest of your life.

This article was produced by Arrest Your Debt and syndicated by Wealth of Geeks.