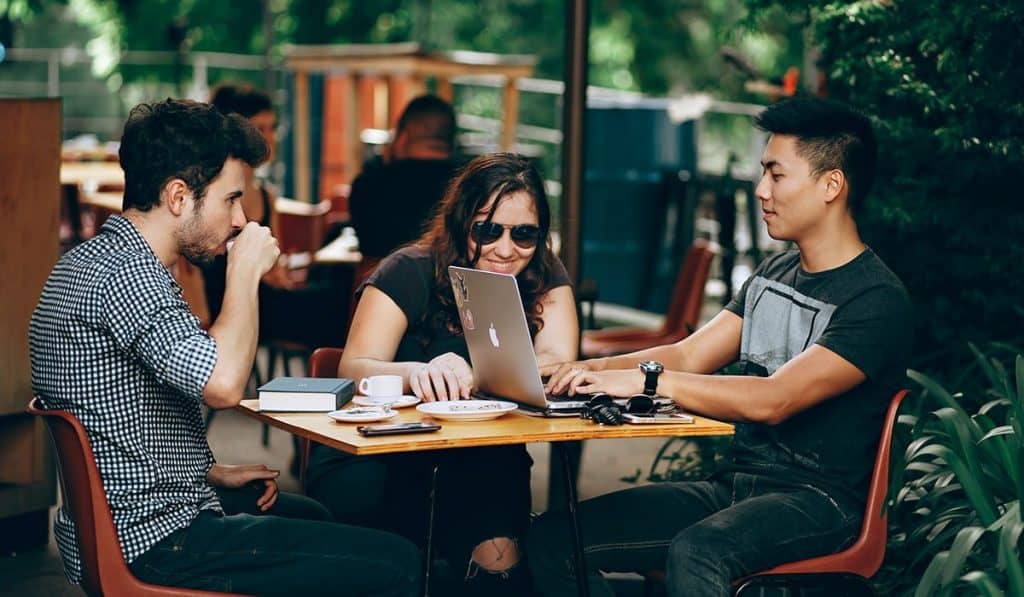 According to CNBC, the current academic year saw college tuition increase by 1.3% for students at 2-year schools, 1.6% for in-state students at 4-year public colleges, and 2.1% for those attending 4-year private institutions. With fees at an all-time high, many would-be students are starting to question whether formal education is as necessary as people make it seem and are there any alternatives.

After all, if people like Beyoncé, Chris Rock, Hilary Swank, and Prince Harry didn’t go to college, it clearly isn’t the only path to success. And with the internet paving the way to a plethora of exciting new ways to make a living, the traditional risks associated with disregarding the status quo seem less pronounced.

If you’re wondering what you could do in life without a formal education, here are seven compelling alternatives.

Want to know one thing they all have in common?

These incredibly successful people (and countless others) never attended college. Instead, most dropped out of high school – choosing to follow their entrepreneurial spirit and pursue various business ventures.

You can do the same. Whatever your age, backstory, or level of education, starting a business will be an opportunity to forge your path in life. Whether you start an online or offline business, a good idea, a strong work ethic, and the willingness to take risks are all you need to succeed.

Influencers are a prime example of how tides are changing in work.

Not so long ago, the idea that you could earn money by posting photos and videos of yourself online would have been laughable. Now it’s an established career path open to anyone with a smartphone.

Take Ryan Kaji, for example. He is a popular YouTuber with his channel Ryan’s World. According to Forbes, he earned $26 million in 2019. He’s also ten years old!

Becoming an influencer doesn’t happen overnight. Like starting a business, it takes years of hard work and a deep commitment to delivering value. However, you do not need a college degree at any point.

Please take note: it’s a similar story elsewhere, with things like gaming, blogging, and podcasting. None of these jobs existed until very recently, yet they now represent significant opportunities for people seeking alternatives to formal education.

If you’re searching for a high-paying career that’s more traditional, then look no further than becoming an electrician or plumber.

Both roles offer an array of perks, not the least of which is a median annual salary of over $56,000. Qualified, reliable, and experienced tradespeople are also in perpetual demand around the country, meaning job security’s unlikely to be a problem.

Combine those benefits with the ability to be your boss, and it’s no wonder they’re both such popular professions.

The only educational pre-requisite for becoming a plumber or electrician in the US is a high school diploma (or equivalent). With that under your belt, you can attend an apprenticeship program where you’ll learn the necessary skills and gain the qualification required to practice.

Cybercrime’s on the rise, with digital miscreants around the globe becoming increasingly adept at hacking and scamming their way into IT systems. Sometimes it’s to make a statement. But, mostly, it’s for money.

As a computer analyst (sometimes referred to as an information security or cybersecurity analyst), it’d be your job to stop them. You’d be tasked with understanding a company’s IT infrastructure, monitoring its activity, and doing whatever it takes to protect its system from threats. For your troubles, companies could pay you $81,000 per year.

Although some companies only hire computer security analysts with a bachelor’s degree, many prioritize skills in the field instead. If you can demonstrate your programming, IT security, and computer science ability, you stand a chance to land this well-paid role.

Are you a strong communicator with a smiley disposition? Do you love working in a fast-paced team environment? Would you like to improve your leadership skills and ability to multi-task?

If so, then the hospitality sector could be for you.

It suits people with these skills and interests, but it’s also packed with job opportunities for anyone who chooses not to attend college. There are endless avenues to explore, from working as waitstaff or a chef to becoming a hotel concierge, barista, or bartender.

Salaries in hospitality do tend to be lower than in other professions. However, there’s ample room for career growth, leading to sizeable pay increases over time.

Freelancing is an ideal route for anyone who wants to be their boss, work from anywhere, and transform their talents into an income (without going to college first!).

Covering a broad spectrum of different roles, you could become everything from a freelance graphic designer, writer, photographer, videographer, or marketer. Some freelancers also work in finance, fashion, and various administrative capacities.

Ultimately, the specific freelance role(s) you pursue will depend entirely on your interests and skillset. However, it’s worth noting that the route you follow will impact how much you get paid.

For example, freelance marketers for large firms tend to earn far more than virtual assistants. After that, however, you can expect to start making around $15 an hour as a new freelancer.

Do you want to play a role in the delivery of patient care without spending a decade of your life in college and medical school? Well, why not consider becoming a medical assistant? You only require a high school diploma to enter the training program and gain the necessary qualification to become one.

Take this path, and you’ll perform various tasks in clinical settings, such as hospitals, outpatient clinics, and physicians’ offices.

Your responsibilities will vary with the exact healthcare facility you’re in but could include:

At approximately $18 an hour, the pay isn’t bad either.

Remember These Alternatives to Formal Education

College tuition fees in the US aren’t just prohibitive. They’re also going up. Every year, these fees extend further beyond the scope of most ordinary Americans, making many people think twice about pursuing formal education.

Thankfully, college isn’t the only option! There are many lucrative alternatives that lead to a fulfilled and successful life.

This article was produced by Parent Portfolio and syndicated by Wealth of Geeks.

Jonathan Sanchez is a real estate investor and personal finance blogger for Parent Portfolio. He owns a small real estate business that operates a couple of investment properties in his local market. He aims to help others understand their money and generate passive income. He’s also been featured in Business Insider, USA Today, and FOX Business.
JOIN US