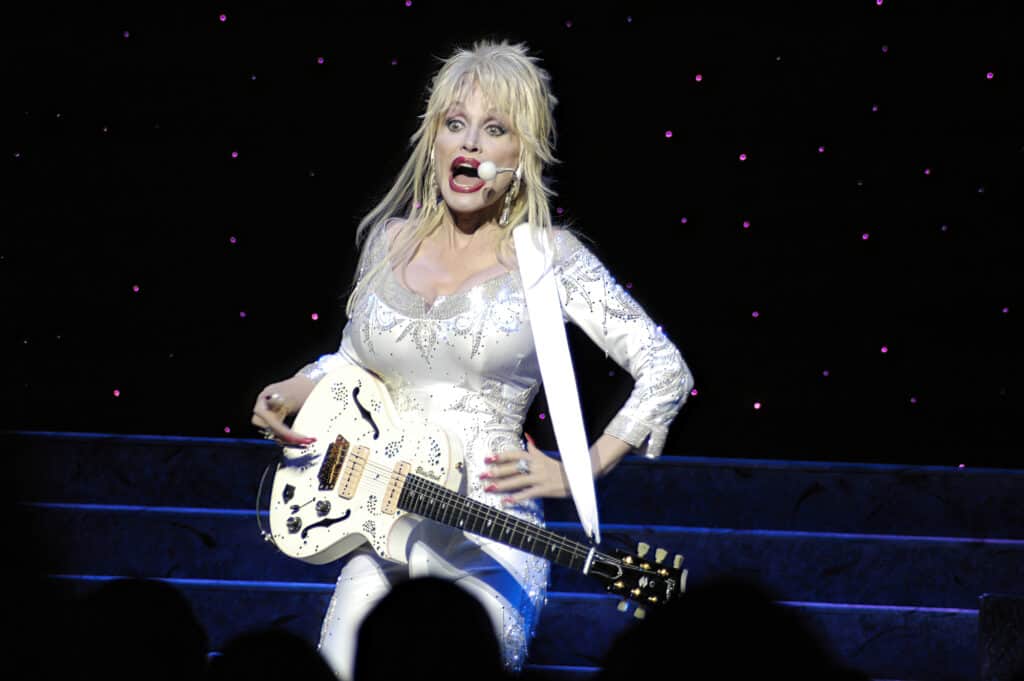 “He’s been running a private foundation that aids a few children’s hospitals and cancer research. There was a long-going rumor that he donated 70% of his 1999 Matrix salary ($31.5 million), which was later disproved,” said one person.

Another said, “Just say Keanu Reeves like a normal person. He’s amazing, humble, and acts like a regular person. He has a private foundation tha helps aid a couple of children’s hospitals and cancer research.”

Related Article: Can You Spot A Wealthy Person In Your Circle? 10 Subtle Signs

“She energizes young people to vote and speaks up about various causes like women’s bodily autonomy and supporting Black-owned businesses etc. So many celebs speak out on these issues, and it often feels somewhat hollow, but I do get the sense she cares a lot about others,” one person commented.

Related Article: Is Your Net Worth Below the Nation’s Average for Americans?

“He started a foundation in the 90s that has been renamed Rewild. It restores habitats across the globe and reintroduces species to their native habitats. It’s astounding the work he does. If you look at his Instagram, you can see how much this man is dedicated to conservation,” another shared.

“He makes videos of him giving away money in crazy challenges, with said money reaching the millions, to attract views. Then said views give him money to allow the content to continue, to allow more money, to keep it going. He also donates a ton to charity,” commented one person.

“Gary Sinise does plenty of good deeds for veterans,” one person stated. “I’m glad to see Lt. Dan doing good work with his new legs. All jokes aside, I am a combat veteran with multiple diagnoses, including PTSD. I am grateful for the work his foundation is doing,” another shared.

“Jon Bon Jovi has that free restaurant. Sometimes he works there and gives jobs and free meals to the homeless. Seems like a top bloke,” one Redditor commented.

“I read somewhere that his wife came up with the idea for the Jon Bon Jovi Soul Kitchen. It’s meant to provide food for paying as well as in-need customers. The menu does not include any pricing. Instead, they ask that you contribute if you can,” another replied.

“A quick check on her Wiki states that in April 2022, The New York Times reported that her donations, starting in 2019, have exceeded $12 billion. Some of the organizations who have received her very generous donations include Habitat for Humanity and Planned Parenthood,” one person said.

“Mark Cuban started the CostPlusDrugs, which, when fully finished up, will provide the most common medications with high prices for more affordable prices, like pills that cost $300 or so are around seven dollars,” someone stated.

“Ashton Kutcher literally helps stop children from being sexually assaulted,” one said. “He and his wife also have raised a huge amount of money for the efforts in Ukraine. They raised money from over 65,000 donors, and their efforts are aimed towards relief aid in Ukraine and temporary housing for refugees as well,” a second user stated.

“To the parents of autistic kids, I cannot encourage you enough to take your child to Dollywood. She built a wing for kids w/ autism, especially those w/ sensory issues. My son ADORES that place. So go, I promise you’ll appreciate her so much more!” One person exclaimed.

What do you think? Did Reddit get this right, or is someone significant missing from this list? Also, check out how Elon Musk lost over $100 billion dollars!