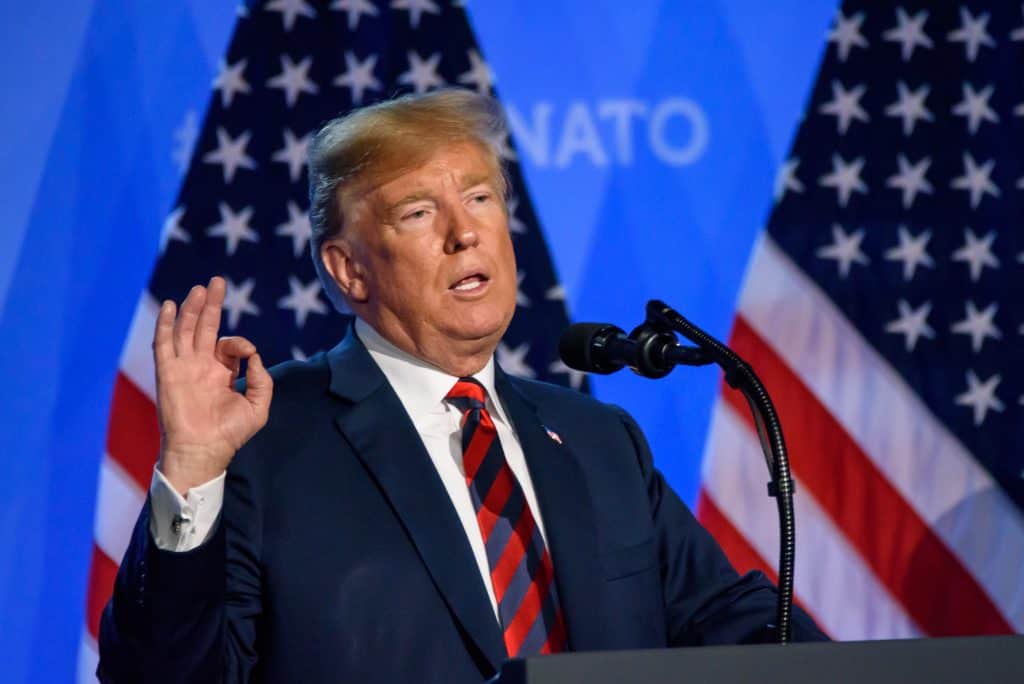 In a statement on Truth Social, Trump suggested that due to the “massive fraud” of the 2020 election, all rules, regulations, and even those found in the Constitution, should be terminated. He went on to allege that “Big Tech” was working alongside Democrats to carry out the fraud. This post came after the release of internal Twitter emails related to a story about material found on Hunter Biden’s laptop.

Trump argued that this type of fraud would not have been allowed by the nation’s “Founders” and that new elections should be considered.

Related: Is Biden’s Mental Capacity a Serious Issue in 2023?

On Saturday, White House spokesman Andrew Bates declared that President Trump’s remarks are “contrary to the soul of our nation and should be universally condemned.” Bates went on to express that “love of America should not depend on political outcomes,” emphasizing that the United States Constitution has “guaranteed freedom and the rule of law” for over two centuries. He highlighted the immense sacrifice of those who have defended the rights of all Americans and urged elected officials to uphold the document.

On Sunday, GOP Representative Liz Cheney of Wyoming, a vocal critic of Trump, decried the former President’s words in a tweet. Cheney, who serves as the vice chair of a House committee examining the Capitol attack on January 6, 2021, asserted that Trump’s statement “was his view on 1/6 and remains his view today.”

Last month, former President Donald Trump announced his third presidential bid and is still considered the leader of the Republican Party. Despite this, party leaders had hoped he’d move away from his election denialism following the party’s poor performance in the midterm elections.

However, earlier this week, Trump voiced support for the Capitol Hill rioters and even suggested that those charged should be pardoned and receive an apology from the government. He also revealed that he was “financially supporting” some of the defendants.

The President’s dinner with White nationalist Nick Fuentes and rapper Kanye West, who has made antisemitic comments, has been heavily criticized. This is in addition to Trump’s ongoing election denialism rhetoric.

This article was produced by Ash & Pri.