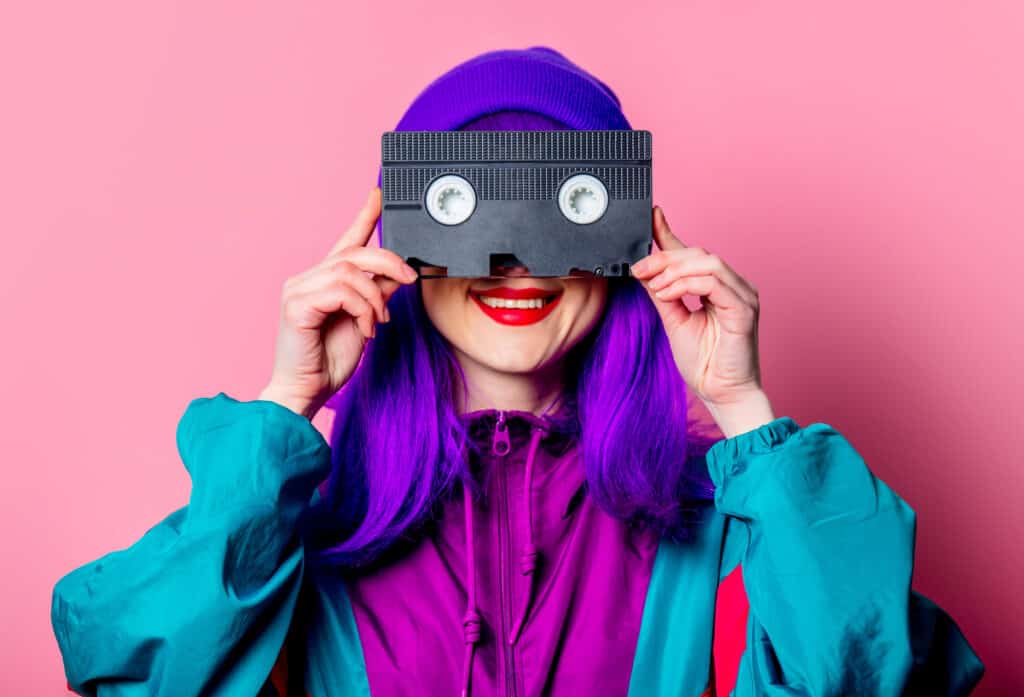 While taking our daily stroll through our favorite internet forums, we came across an interesting thread that you’ll love if you remember the 1990s. Whether you were a kid or an adult, these things are sure to strike a memorable chord with you.

Someone recently asked, “What was normal in the 1990s but rare or non existent now?” Here are the top-voted answers.

“Taking your disposable camera to get developed and having no idea if any of your pictures were even usable until you got the pictures back,” remembered one user.

Another shared, “My senior year of high school, I carried a disposable camera with me pretty much all the time and would take just dumb candid shots of my friends eating lunch or mid-sentence. Everyone hated it. Now when I post a throwback picture, everyone is just like awwwww.”

Someone said, “Floppy Disks. My parents had a file cabinet full of those things.”

Another added, “I used to save cool Dragonball Z pictures off the internet on them for later viewing enjoyment.”

Related Article: 10 Things People Thought Were a Sign of Wealth as Kids

#3 Waiting Without Doing Anything Else

“Just waiting for things, alone with only your thoughts. Gameboy ran out of battery? Didn’t bring a book? Time to people watch”, reminisced one user.

Another shared, “I remember being a kid with nothing to do and just sitting on the floor bored out of my mind for what felt like hours. I haven’t felt true boredom in a long, long time.”

How comfortable are we in 2023 to sit idle without one or multiple gadgets? Some may even consider people watching rude or creepy in today’s day and age.

“Giving a meeting point and a meeting time in case we get lost,” replied one user.

Someone shared their more modern trick to keep track of kids in busy places. They said, “We started sticking airtags on the kids when we are going out somewhere busy in public.”

“Being completely unreachable by anyone for an entire day or more with no one thinking that it was unusual or rude,” someone replied.

Another agreed and added, “I do miss this so much. I feel tethered by my phone and miss being able to absorb into something without distraction.”

Can you imagine being unreachable in today’s world without raising alarm bells with your loved ones?

One user said, “Keeping a binder full of CDs in your car.”

Another agreed, “I still have one in mine, all burned discs. Fun times!”

Invented in 1979, the compact disc (CD) became a popular storage choice over floppy disks and cassette tapes. CDs were most commonly used by music lovers who enjoyed burning CDs with a collection of their favorite tracks.

#7 Recording Your Own Tapes

“Pressing play and record at the same time,” replied someone.

Another shared their secret trick and said, “Putting tape over the security tab/square so you could record over any tape you had in your collection.”

Someone shared, “I used to write 10 page letters to a girl I knew in Norway and she did the same for me back in the states. I’d get like one a month and it was so exciting to read them. People had to put so much thought into those letters before the internet.”

Another agreed, “I miss penpals and genuine handwritten letters too.”

“Gas that was under a dollar (in the US). I still feel like I was in an alternate reality but I remember,” replied one.

Now compare that to last month’s national average gas price of $3.096. Under a dollar certainly feels like a pleasant dream.

“Blockbuster was big but lots of locally owned businesses too. I miss being able to go through the aisles and discover something new,” someone replied.

Another said, “Video stores really did exist for like 30 years. I’m sure somewhere out there there is someone who opened the first store in their town and worked the job long enough to close the last one.”

Did you know? In 2019, the Blockbuster store in Bend, Oregon, became the last remaining retail store of the brand and one of three remaining video rental stores that are in operation across North America.

We hope you enjoyed this Reddit picks list of what was normal in the 1990s but rare or non-existent now.