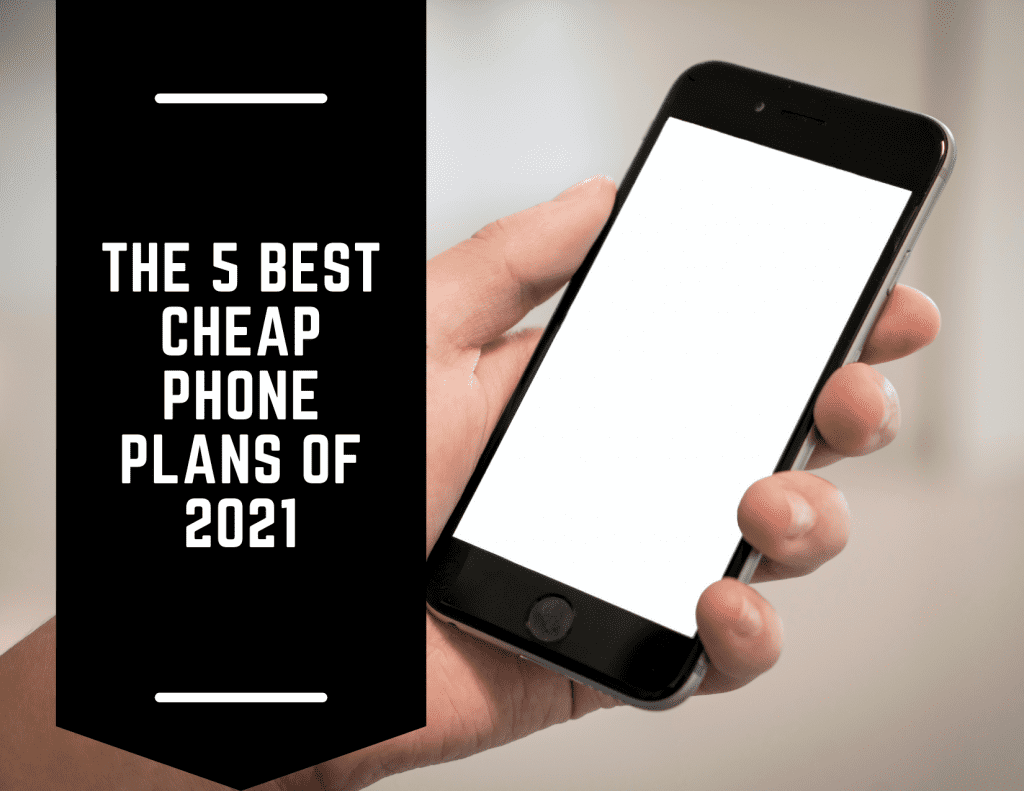 Phone plans are complicated and often expensive. It’s enough to make the most avid phone lover’s head spin. Not to worry, though, as you’re about to learn about some of the best cheap phone plans of 2022!

You need to worry about whether a phone plan is prepaid or not, whether you want 4g LTE or 3g, whether 8Gb in your data plan is enough or if you should get unlimited data, and on top of it all, you need to think critically about whether you’re getting a good deal or not.

Regardless of whether you just got a new phone and are looking for a suitable plan or are sick and tired of your old phone plan and are looking to make a switch, this post is for you. From invaluable phone service to cheap unlimited talk and text to extremely reasonable pay-as-you-go pricing, the following cell phone plans are some of the best on the market today.

The following section will run through an overview covering some of the pros and cons of each plan. Ready to learn about some of the best cheap phone plans of 2022? Let’s dive right in.

With each one offering something a little different, you’re sure to find the best cell phone plan that fits your needs!

Mint Mobile’s 4Gb plan is currently one of the cheapest on the market! For just $15 per month, you get unlimited text and unlimited calls nationwide PLUS 4Gb of data. What if you’re not from the United States?

Not to worry, as this plan also comes with a free international calling to Canada and Mexico! Finally, you can bring your phone with Mint’s BYOP program (meaning you can keep that trusty phone of yours if you want).

For the best network coverage from one of the big names in the telecommunications space for a low price, look no further than T-Mobile’s $15/month unlimited plan. With this plan, you’ll get unlimited talk and text plus 2.5Gb of high-speed data.

The elegant thing about this plan is that even though it isn’t an unlimited data plan, for every passing year that you’re committed to it (as long as you sign up for T-Mobile Connect), you’ll get 500Mb of additional data every month. So after five years (if the plan is still running), you’ll have 5Gb of data in your plan!

You might be thinking at this point: “How in the world is Verizon one of the phone carriers on this list? Verizon isn’t cheap!” But that’s because you haven’t taken time to look at the Verizon prepaid $40/month 5Gb plan.

Indeed, most of Verizon’s plans aren’t exactly cheap, and at first glance, this one might not seem like it either.

Finally, if you stick with this mobile plan for nine months, you’ll get yet another $5 discount, which brings the total price to around $25/month for 5Gb of data making it an extremely cheap cell phone plan! Plus, you’ll get the full speed of Verizon’s network and fantastic coverage.

Generally, if you were to go with AT&T, the price you would pay for 5Gb a month in data is $30/month. So this plan isn’t cheap by any means and wouldn’t make this list; HOWEVER, if you choose AT&T’s prepaid phone plan (contract plan for at least 12 months), you can get 8Gb of data per month for only $25/month!

This food pyramid of phone features include unlimited texting/messaging, unlimited calling, roaming in Canada and Mexico, and lets you do HD video streaming. To top it all off, AT&T is a major phone company that typically doesn’t do cheap phone plans, so this one is truly a diamond in the rough.

If you’re not a big data user and don’t want to get locked in for the long-term, Tello‘s 1Gb plan is for you. You’ll pay $10 per month in exchange for 1Gb of data. Still, you’ll also receive unlimited calls and text, free mobile tethering, and (most important of all) you’ll get a no-contract arrangement meaning you can cancel whenever you want with no strings attached.

When it comes to frugality, you’re not going to get much cheaper than $10 a month. The best part is that sometimes there are promotional offers which bump the price down even further. (You might find yourself only paying $7.50 a month for the first six months!)

Whether you’re a parent or fresh out of high school, tech-savvy, or a complete technological novice, chances are you have a phone. It’s likely then that you appreciate cheap phone plans. (Nowadays, truly affordable phone plans are rarer and rarer.)

This post has covered 5 of the best cheap phone plans on the market today. As a quick recap, they are:

From pay-as-you-go to prepaid plans, international roaming to local coverage, unlimited data to 1Gb in data, you’re sure to find something on this list that fits your needs.

How Long After Buying a Car Can I Buy a House?

How to Do Taxes on Your Own: Your Complete 2022 Guide