Review: ‘The Batman’ Makes a Cinematic Masterpiece Out of Grimdark Mystery

Christopher Nolan may have introduced the world to a dark, gritty, high-stakes Gotham City, but Matt Reeves has opened the floodgates on the wealth of grimdark potential lying within The Batman.

Where previous iterations of Bruce Wayne have been reluctantly suave playboys, established in their roles as Batman (Michael Keaton) or forced into reclusiveness by the weight of responsibility, but waiting for a second wind (Christian Bale), Robert Pattinson presents Bruce as grappling with not just the weight of his mantle, but the weight of his family name. He is young enough to naively believe in inherent good, but world-weary enough to see through the lies of the establishment. Even those closest to him.

This is Batman: Year One, complete with the fledgling partnership between Detective James Gordon (Jeffery Wright) and Batman, as they work together to fight the crime that floods the streets of Gotham. This is not the Batman that cinema goers are used to—he is not as sure-footed in his humanity as previous adaptations, nor is he ready to embrace having genuine connections with anyone in his orbit—even Alfred Pennyworth (Andy Serkis), the only father figure left in his life. 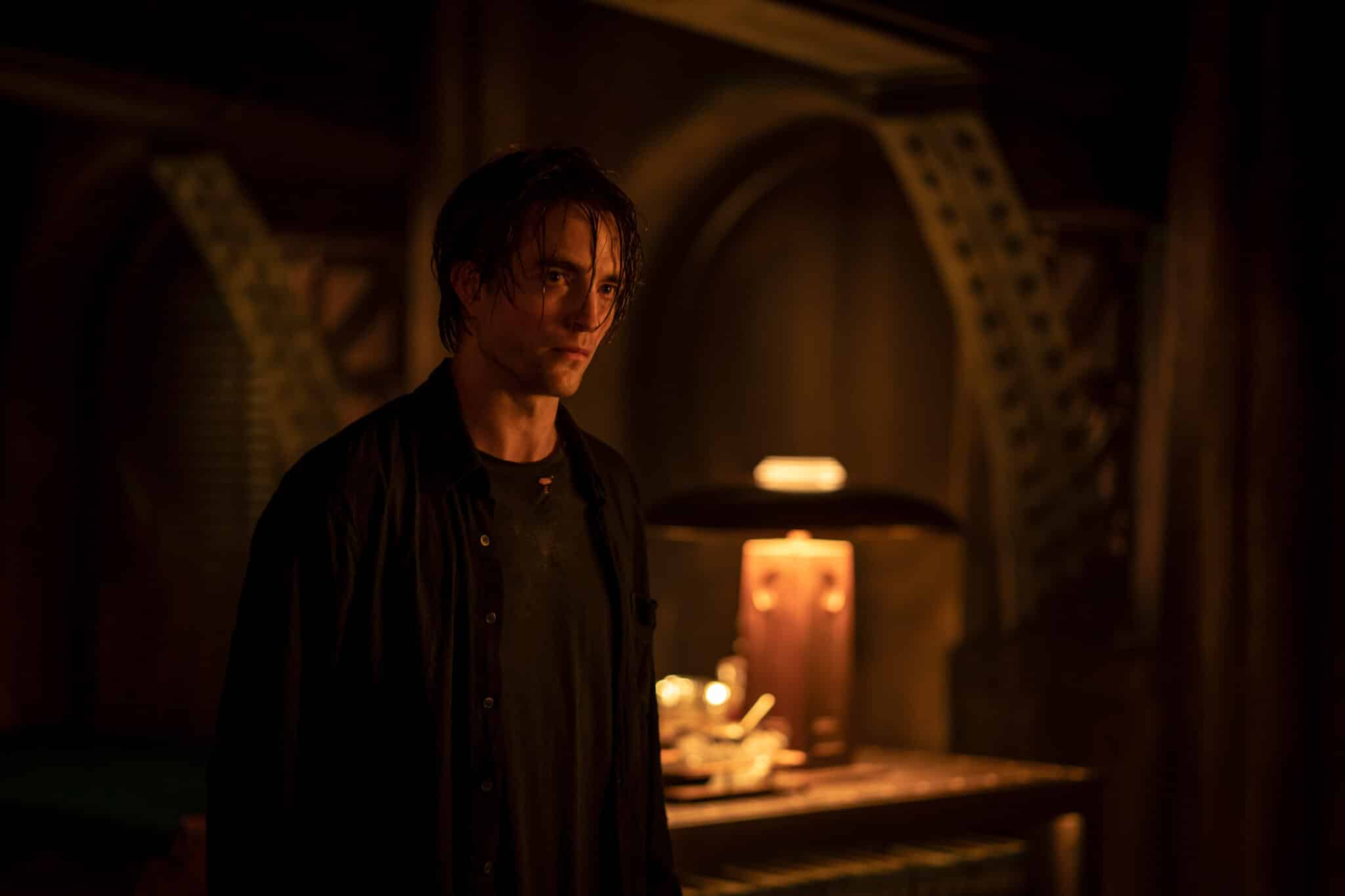 In a lot of ways this tortured, brooding persona makes him the most unlikeable Batman to date, but also the first Batman that feels ripe with potential to watch him grow into the mantle. This is the rich little orphan boy who dresses up like “vengeance” to escape from his own thoughts, rather than the man who fully sees his place in the hierarchy of the city. Pattinson’s Bruce Wayne is untouchable in the gothic manor that he’s fashioned into a self-imposed cage for himself, keeping himself separate from the city he so clearly longs to be part of.

The Batman makes good on “the world’s greatest detective” by laying out an intricate and violent mystery that forces Batman to race against time, but even with the clock working against the titular character, Reeves takes his time with the story. The film will have you on tenterhooks as the mystery unravels into jaw-dropping scene after jaw-dropping scene. It veers into the neuroses of real-life serial killers like the Zodiac Killer, while delivering Saw-esque riddles and murderous mazes.

As far-fetched as some elements of the film are (this is, after all, a superhero movie) The Batman is perhaps the most realistic interpretation of a comic book story in recent memory. Matt Reeves has taken the most unnerving elements of social media and the immorally righteous, violence-obsessed radicals that lurk in the corners of the internet, and presented them as one of Batman’s most daunting threats yet. These are not the Joker’s goons who dance to upbeat tunes during bank robberies, these are radicalized villains who blindly take up arms to hunt down politicians that a maniac has branded as corrupt. 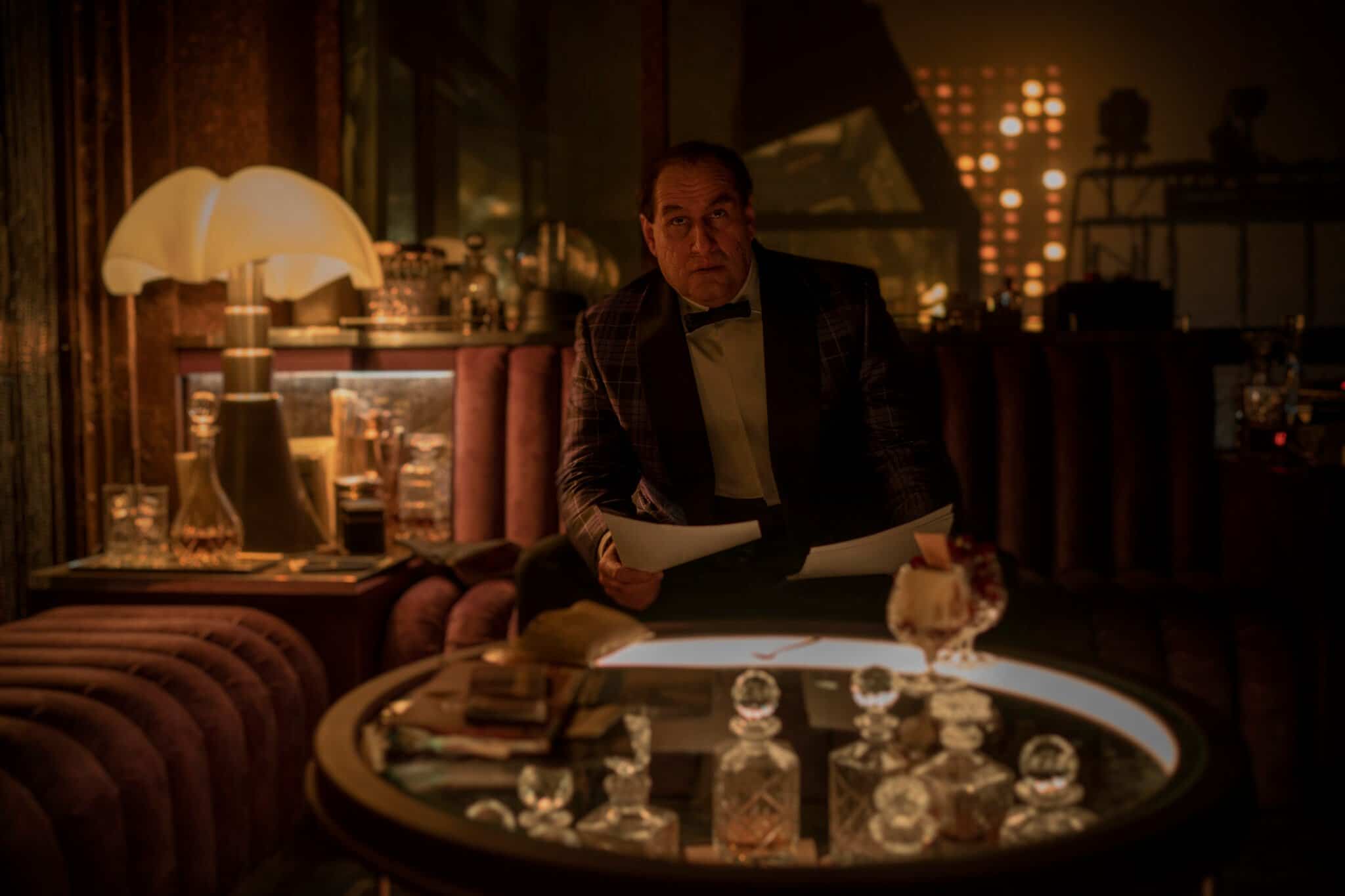 Somehow Reeves manages to balance the central, driving force of the Riddler’s (Paul Dano) chaos with other iconic Batman foes, including the Penguin (Colin Farrell) and Carmine Falcone (John Turturro). While neither are developed beyond the cardboard characters they are required to be, they do directly serve The Batman’s endgame, both in setting the next stage of this cinematic realm and providing much-needed backstories for two of its characters.

In the midst of Gotham City being thrown into turmoil by not just its criminals, but its alleged “good guys,” Batman finds his match in the morally dubious Selina Kyle (Zoë Kravitz). She is every bit the sultry cat burglar that we have all come to love, but she is also just as scarred by childhood trauma as Bruce is, adding depths beyond her feline charms. This Selina Kyle may have a swarm of cats, but she hasn’t been driven into a furry fervor by them. 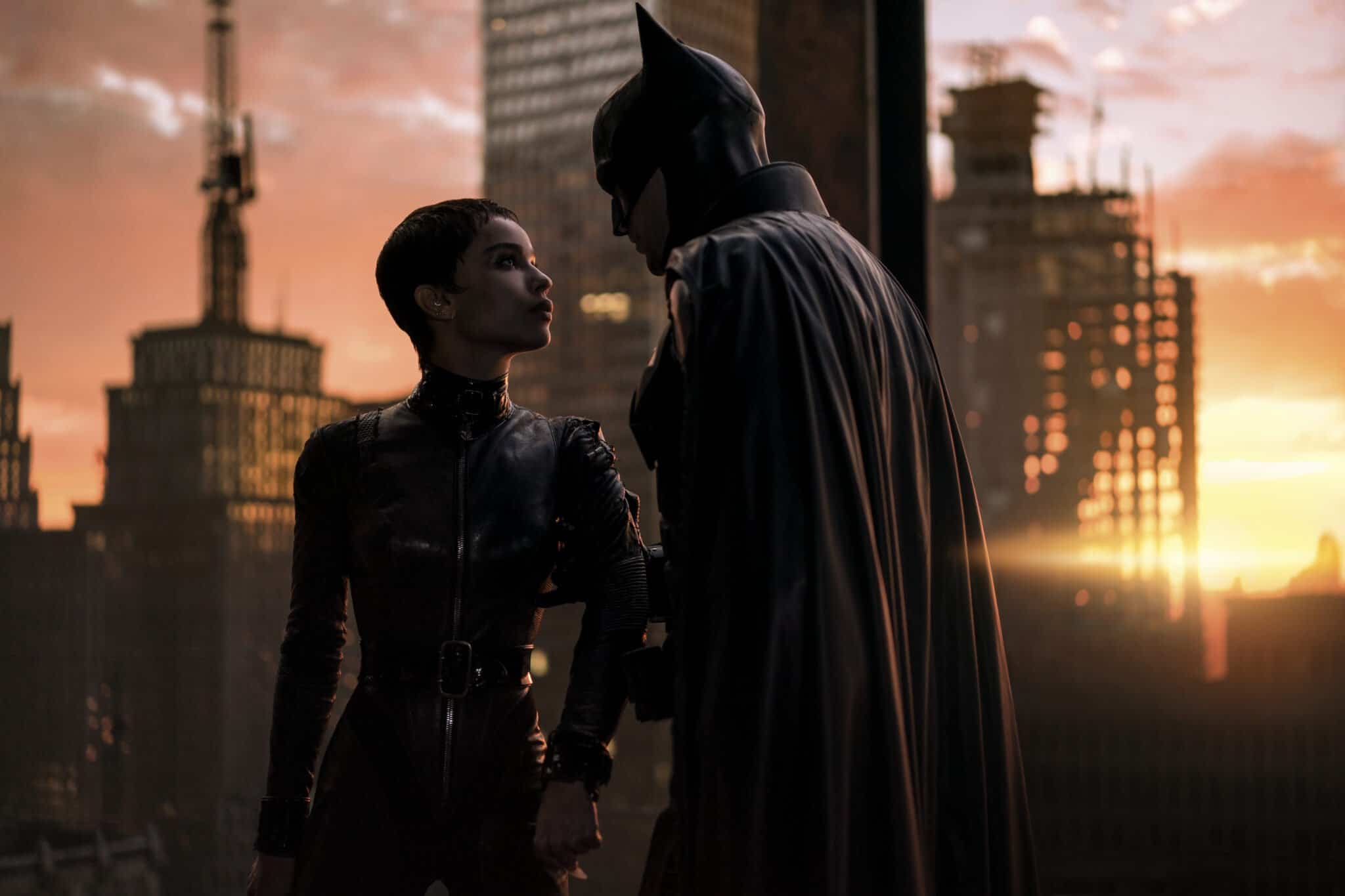 The Bat and the Cat are, without a doubt, one of the most beloved elements of The Batman mythos, and Kravitz and Pattinson are pure hypnotic chemistry as they toy with each other on-screen. Their pining is tantalizing and their crime-fighting dynamic is thrilling to watch. Reeves knows exactly what he’s doing with the number of alluring positions he puts them into, but that PG-13 rating keeps things from going any further than a kiss or two.

Their cat-and-mouse games are a shining beacon amidst the chaotic darkness of the film—and The Batman makes good on this imagery as so many of their best moments occur as the sun crests after a long, dark night. Even the film’s most hopeful and promise-filled conclusion is nestled in the warmth of their kismetic connection.

The Batman is pure cinema that has been deftly crafted by Reeves’ directorial oversight, but the beauty is brought to violent delights by the director of photography, Greig Fraser. The film casts long shadows with blacks and grays, but the consistent, bleeding flashes of red paint the most intense moments with jarring contrast. The camerawork ingeniously mixes in uncomfortable voyeuristic shots for not only its sinister Riddler but its caped crusader as well. It creates an impeccable aesthetic that sets it apart from DC’s most recent superhero films, while not as palatable or as gutsy as Birds of Prey or as family-friendly as Shazam!, Reeves’ vision for The Batman will find its favor in fans of Bruce Wayne’s darkest hours.

The Batman arrives in theaters on March 4th.

Maggie Lovitt is the Managing Editor of Entertainment at Your Money Geek, where she covers her favorite topics: Star Wars and pop culture nerdery. She is also a freelance writer and a contributor at Collider and Dorkside of the Force. When she is not covering entertainment news, she can be found on one of her numerous podcasts or her YouTube channel. In her free time, she is also a novelist, screenwriter, actor, and a member of the Screen Actors Guild.
JOIN US