Most Popular TED Talks With Lessons on Leadership As of May 2021, 8.9 million people in the U.S. work in management positions—representing 6.3% of all workers—according to estimates from the Bureau of Labor Statistics. From managers of mom and pop shops to those working for tech giants like Google, these leaders are tasked with creating a successful workplace by retaining talent, mitigating and working through issues with consumers, and executing on company goals.

It’s no wonder why companies shell out countless dollars for leadership training, conferences, and putting modules and goals in place to help leaders perform at optimal levels. Sometimes, however, something as quick and impactful as a TED Talk from an entrepreneur, psychologist, organizational leader, or a reputable and successful person can reenergize leaders and help set them on the right path.

Firmspace ranked the 10 most popular TED Talks with lessons in leadership using data from the official TED website. Only talks tagged under the leadership topic were included. The talks are sorted based on the total number of views as of June 14, 2022.

Altogether, these 10 videos have garnered 150 million views on the TED platform alone. Here are the 10 powerful TED Talk videos, complete with lessons that encourage leaders to shift in positive directions. 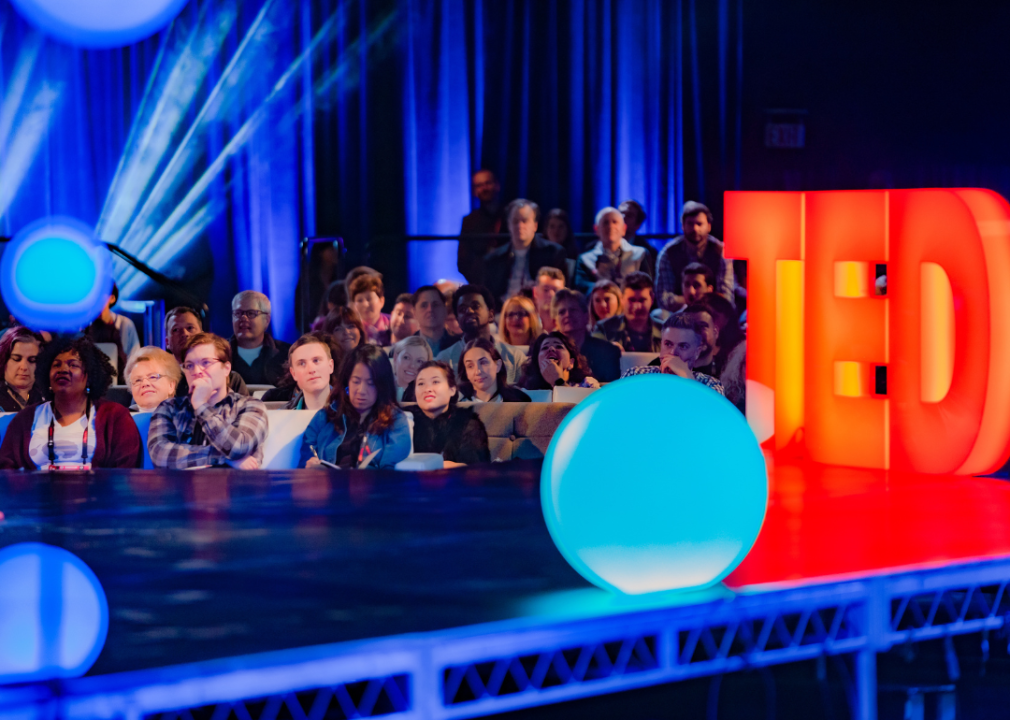 Advocating for yourself seems easy. However, gaining the courage to do so in difficult or high stress situations—especially those where we lack authority and agency—is easier said than done. In his 15-minute talk at TEDxNew York, social psychologist Adam Galinsky informs the audience that understanding and expanding your range, looking at a situation from an outsider’s perspective, and showing flexibility vs. rigidity, among other things, can help a person speak up for themselves and gain control in the workplace and beyond. 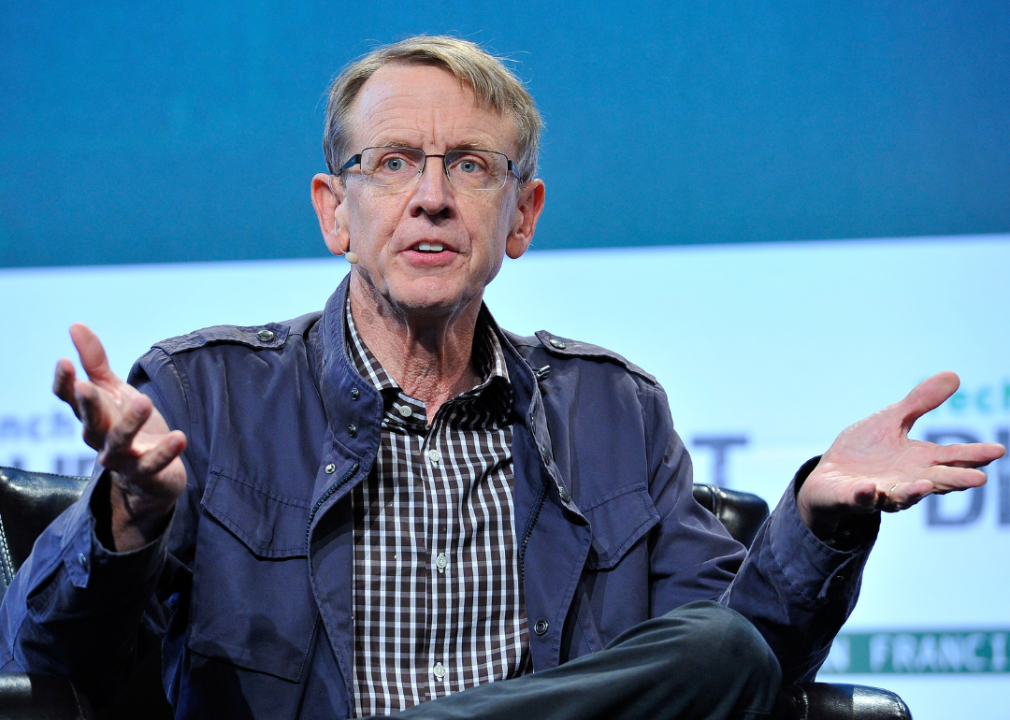 #9. Why the secret to success is setting the right goals

Everyone on Earth has goals; they are the foundation for building what we want in life. And for many people, that’s career and financial success. Venture capitalist John Doerr fits the bill of a successful person, and his TED Talk centers on how the right goals can elevate a workplace for leaders and employees alike. Doerr’s talk focuses heavily on an OKR (or objectives and key results) system that companies like Google, Twitter, Uber, and Amazon have increasingly implemented. 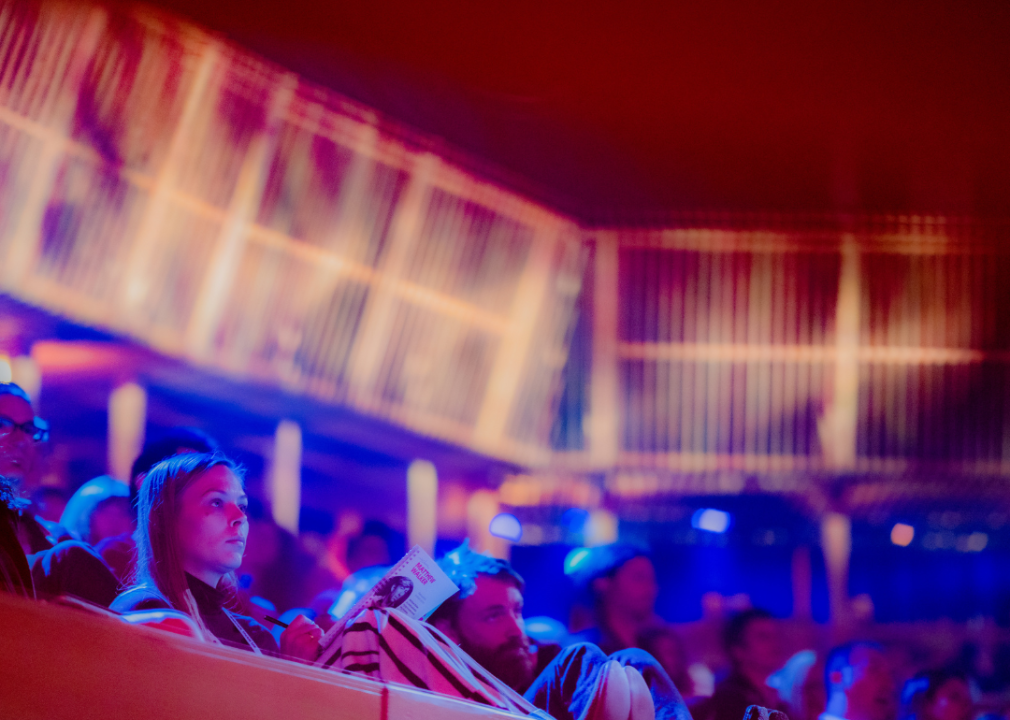 #8. Why you think you’re right—even if you’re wrong

Our socioeconomic status, race, gender, and other dynamics shape our perspectives on everything from mundane to larger issues. Philosopher, podcaster, and co-founder of the Center for Applied Rationality Julia Galef speaks about perspective using two examples—the soldier and the scout. The former, she says, vehemently defends their views while the latter is more open to exploring possibilities. She asks the audience if it is more vital to be right or to have a holistic understanding of the world. 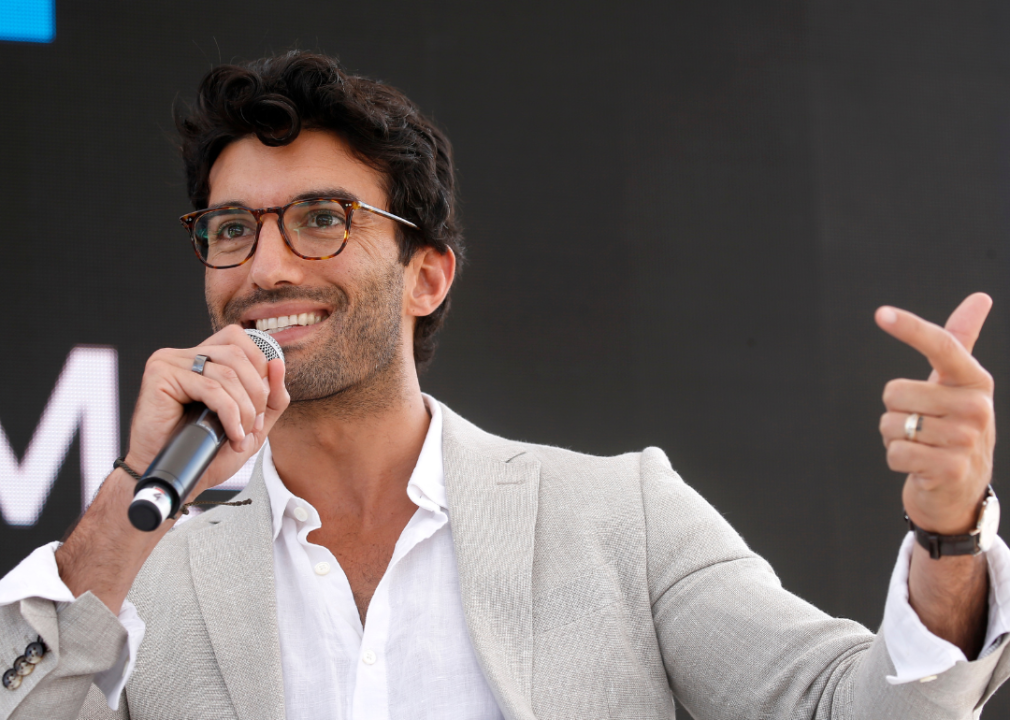 As society continues to grapple with the harms of a toxically patriarchal mindset, conversations are shifting as we come to a new understanding of what it means to be “a real man.” Actor and filmmaker Justin Baldoni (known for his role on “Jane the Virgin”) speaks on the subject of no longer trying to be “man enough”—a concept that puts men into rigid boxes in terms of how they must present themselves to the world. He encourages men to embrace their vulnerability, listen to women’s perspectives, and let go of shame. 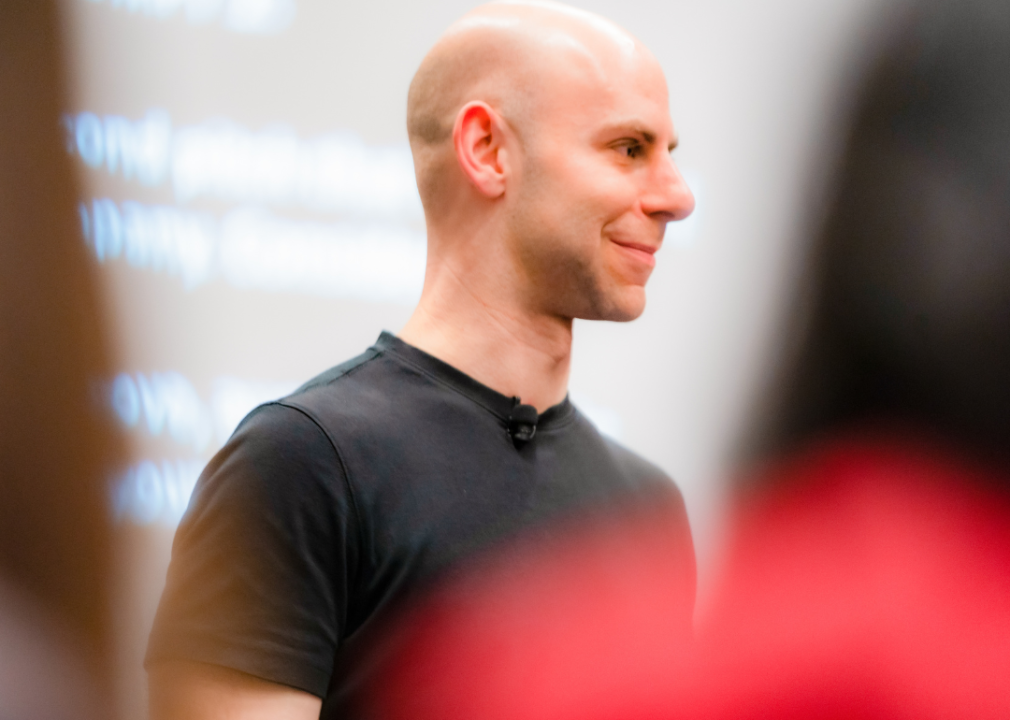 Organizational psychologist Adam Grant breaks down the workplace according to three groups: the giver, the taker, and the matcher. Through examining these archetypes, he discusses how to foster a work environment of generosity and equity. How do givers perform in certain positions? Why do takers throw things so wildly off balance? Grant answers those questions and more with solutions on navigating personalities that outside forces cannot control. 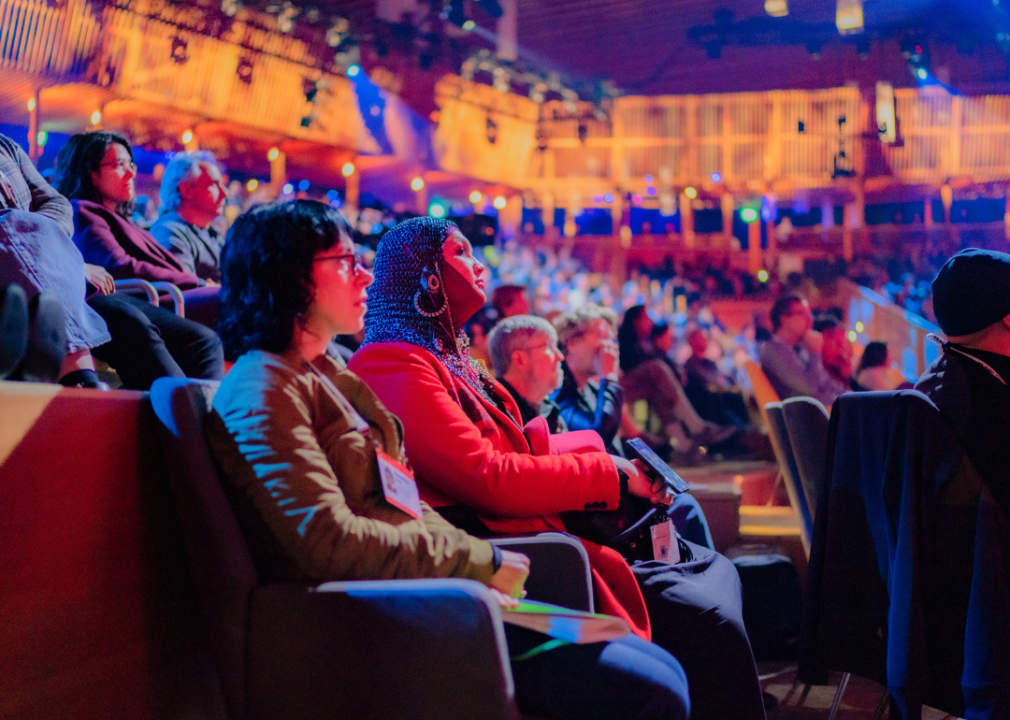 #5. How to start a movement

A movement usually starts from an idea or place of frustration. But it’s a long road from a singular person wanting to effect change to a crowd standing together and gaining results. Entrepreneur Derek Sivers looks at footage and breaks down the interactions between leaders and those who follow them, offering insight into the social science of how movements begin. He points out the over-glorification of leadership and the courage of being able to follow through and execute on your end goals. 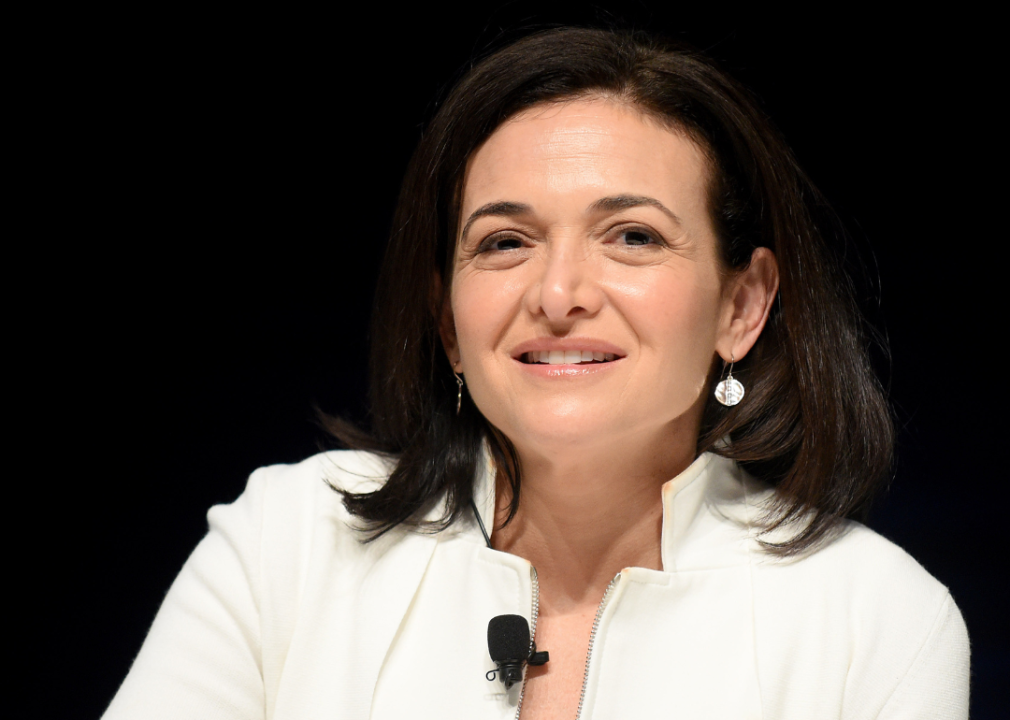 #4. Why we have too few women leaders

While women’s rights have come a long way in the workplace, there’s still a way to go on the leadership front. Business executive, philanthropist, and chief operating officer of Facebook Sheryl Sandberg examines why women are not reaching the upper echelon of their careers. Additionally, she offers three key pieces of advice for women aiming to be at the top level, including not preemptively leaning back during shifting times. 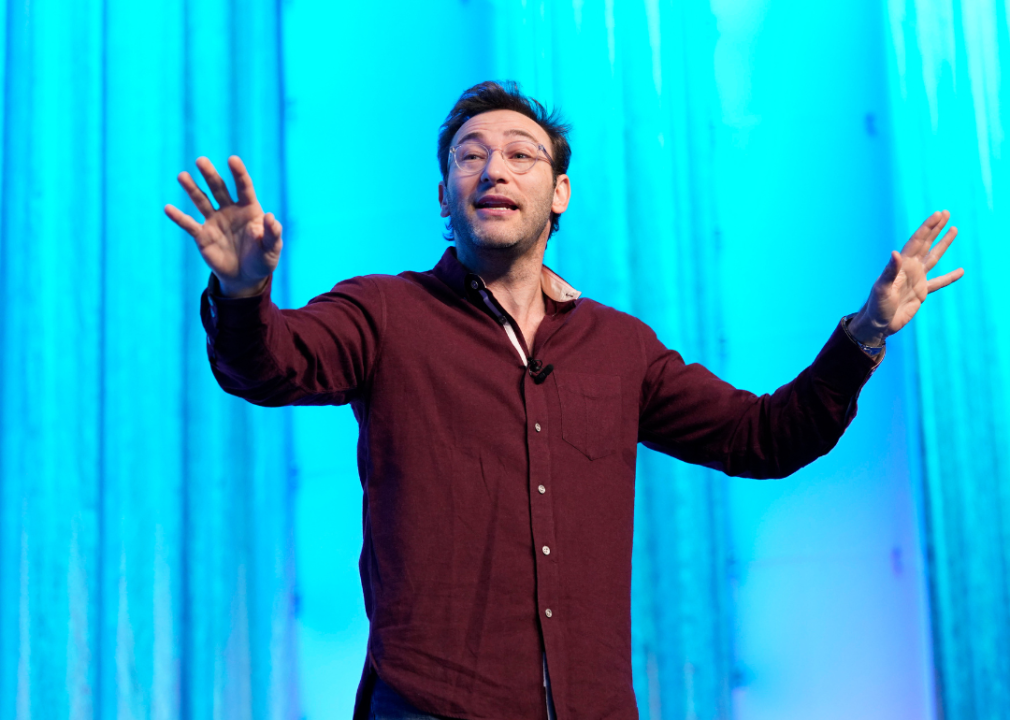 What makes for an effective, encouraging, and supportive leader? Management and leadership expert Simon Sinek explores the merits of a great leader and how they can make others feel safe. He explores the forces that push toward brave and sacrificial actions and what it means to put the safety and security of those in an organization first. Sinek ties in examples of how fear and unstable conditions affect the workforce as well as the public. 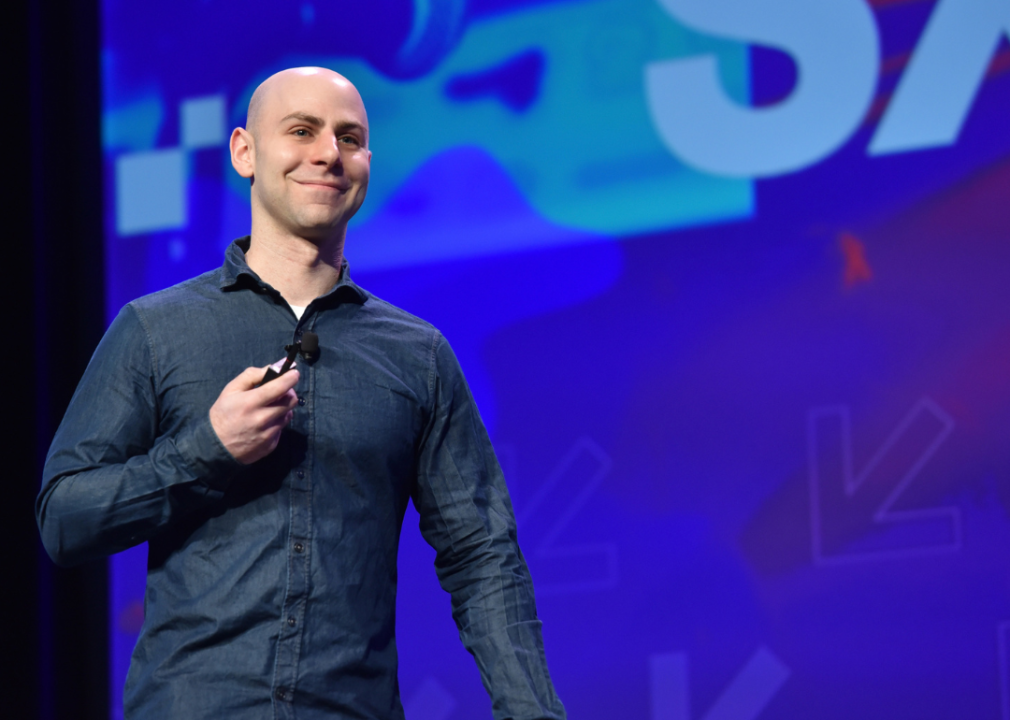 #2. The surprising habits of original thinkers

How do certain people manage to have excellent ideas and execute them successfully? Organizational psychologist Adam Grant examines what he calls “originals,” thinkers who exude the aforementioned qualities. He connects three habits of theirs, including “idea doubt”—or motivation to refine something until it works. 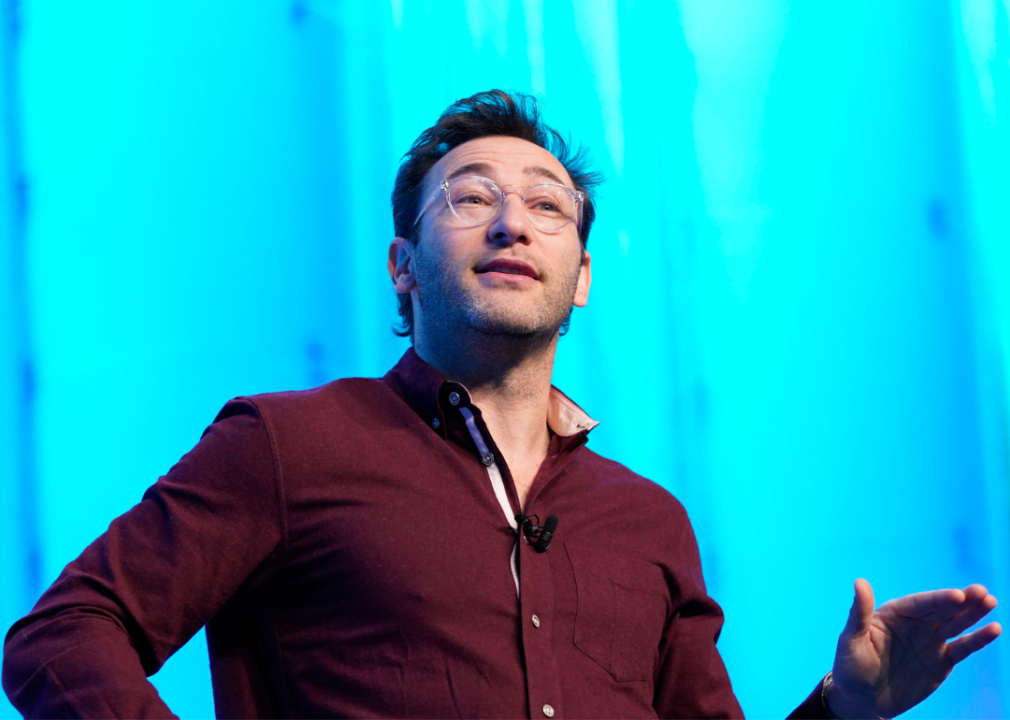 Simon Sinek nabs the top spot with a TED Talk about great leaders who inspire action. Through well-known examples like Dr. Martin Luther King Jr. and the Wright brothers, Sinek discusses how certain people rise to become leaders in situations that affect many other people. How do some go the distance while others give up on a possibly game-changing innovation? He uses the biological aspects of the brain to figure out the “whats” that drive human behavior and how effective leaders tap into that.

This story originally appeared on Firmspace and was produced and distributed in partnership with Stacker Studio.

Bang for Your Buck: How To Use Cashback Monitor To Maximize Shopping Points and Save Money

How to Get Your Free Credit Report

From Remote Worker to Digital Nomad in 10 Easy Steps