Most Expensive Law Schools And What Students Actually Pay Testing.org cited data collected by Law School Transparency to identify the 10 most expensive law schools by tuition cost, with the average net price after financial aid and scholarships for each based on 2019–2020 data. Yes, the sticker price for these university programs may seem astonishingly high, but the reality at many schools is that most students receive some form of financial aid. That’s true even at prestigious law schools that may, on paper, not really need to offer a discount in order to entice a full roster of students.Which school is the best value for its admittedly high price tag? Read on to learn more about each school, its cost, and its relative strengths. 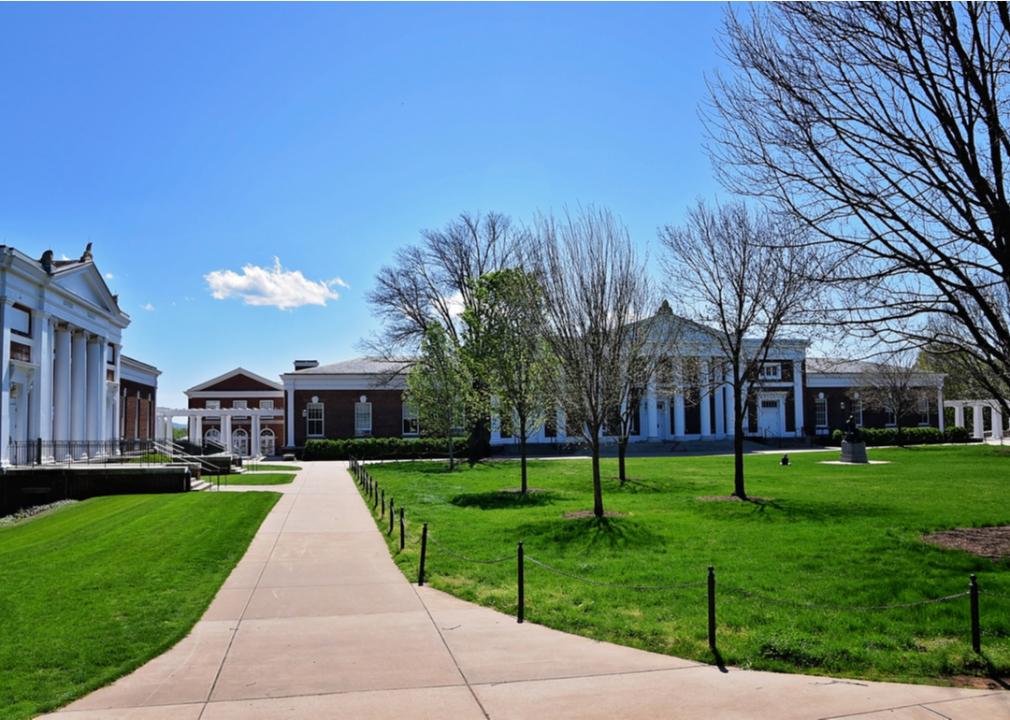 The University of Virginia is the only public school to make this list, which is a dubious distinction. Of course, it’s also the only school on the list to have been founded by Thomas Jefferson. It ranks #8 on the U.S. News & World Report law school list, making its #10 ranking for tuition a good deal. Unusually, the school has an animal law program founded with a donation from “The Price is Right” host and noted animal advocate Bob Barker. Students can also take highly ranked courses across the board, from tax and contract law to criminal law. 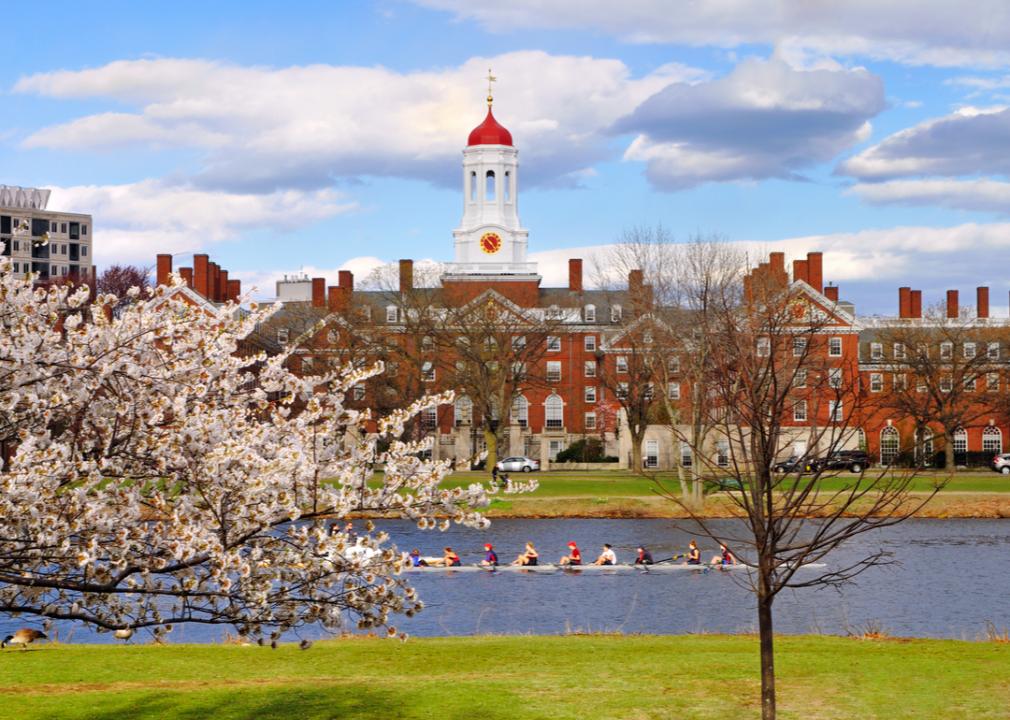 Harvard University Law School may have one of the 10 highest tuition costs in the nation, but the law school is ranked #3 by U.S. News & World Report, making it a relative bargain. Compared with some of the other schools on this list, Harvard has a relatively high faculty-student ratio at about 7-to-1. It also has one of the largest programs by size, which gives Harvard a numerical advantage for things like Supreme Court clerkship placement. Harvard Law students have access to the #1 ranked courses in corporate law, constitutional law, and dispute resolution. They can also study highly ranked courses in contract law, criminal law, and many more. 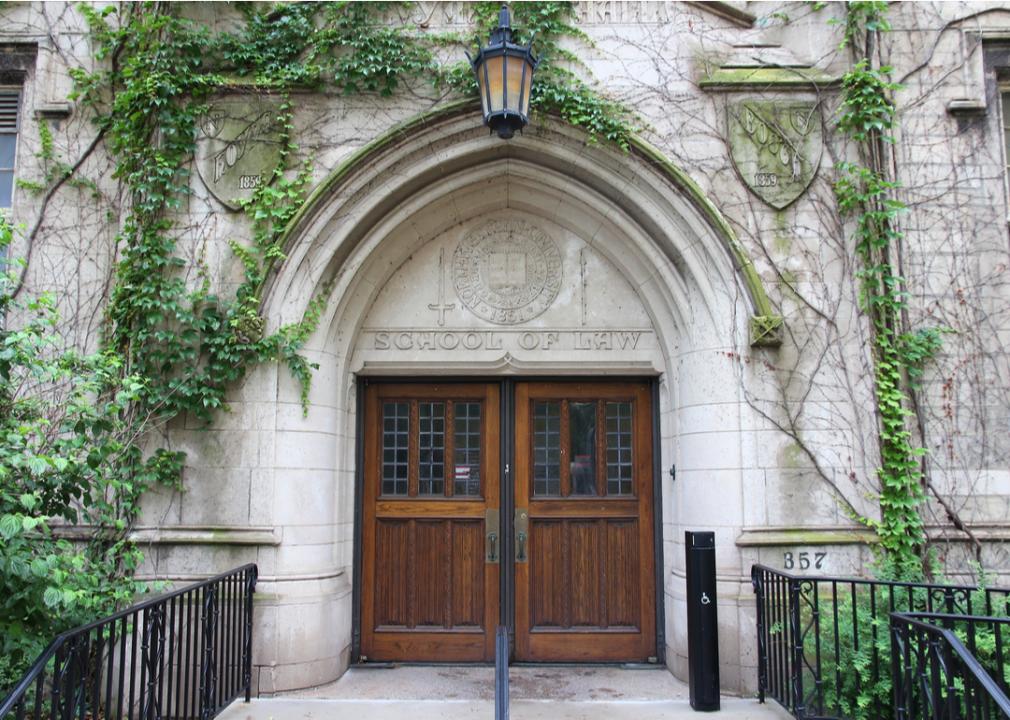 Northwestern University’s school of law is called the Pritzker School, named for a prominent local Chicago family. When the university was established in 1850, it was to serve the Northwest Territory of the United States. Despite ranking eighth for tuition cost, the school is #12 on U.S. News & World Report’s law school rankings. While Northwestern University is located in suburban Evanston, Illinois, the law school is located in downtown Chicago and ranks highly in clinical training, dispute resolution, and tax law. 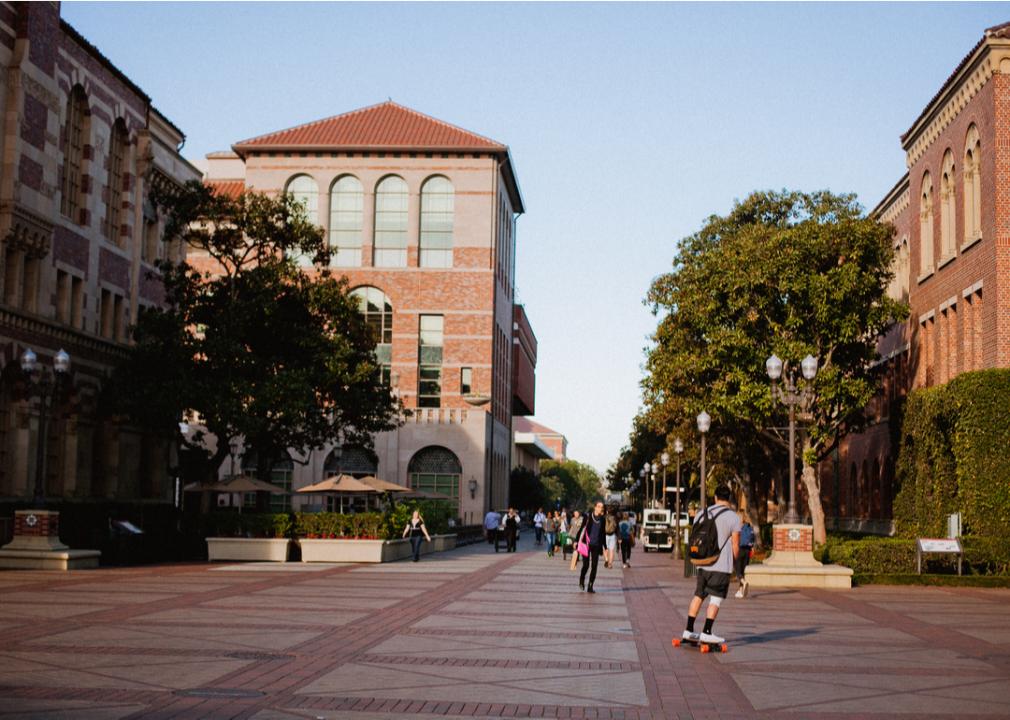 The law school at the University of Southern California is the Gould School of Law, named for the influential judge James Gould after a donation from his descendents. Despite its state school-esque name, the University of Southern California is a private university. While it ranks seventh for highest law school tuition in the country, USC Gould ranks just #19 overall according to U.S. News & World Report. The high cost of tuition is probably related to the school’s location in Los Angeles, where the cost of living is also high. The school offers a special certificate in entertainment law. 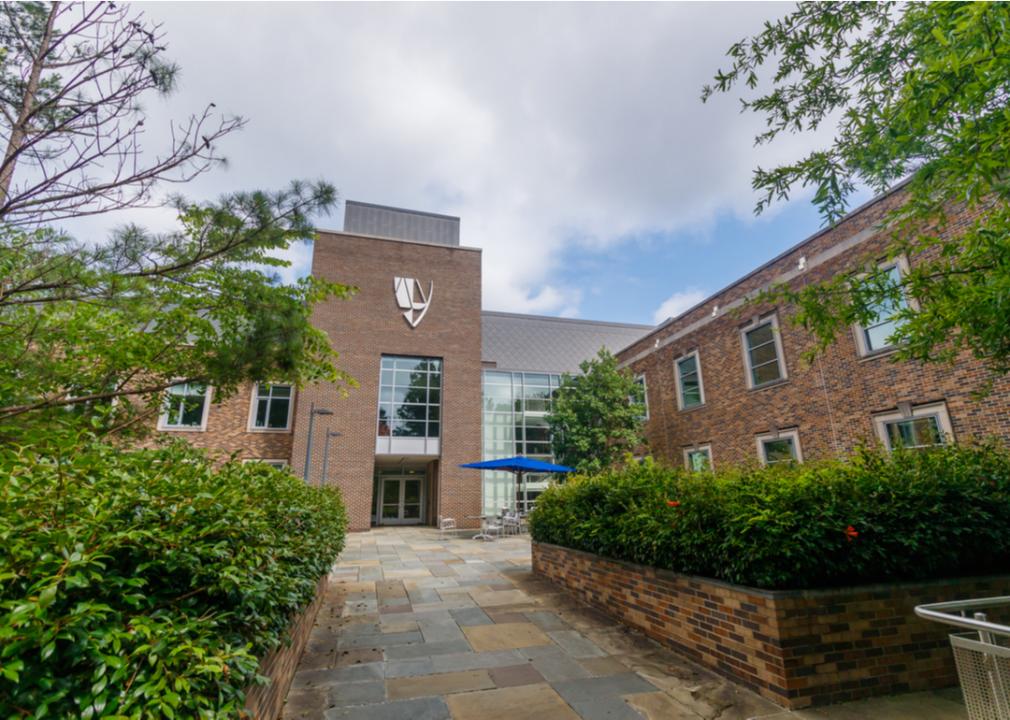 Duke University Law School is the most expensive non-Ivy League school on this list. The school is located in the heart of the Research Triangle, an area of North Carolina marked off by North Carolina State University, Duke University, and University of North Carolina at Chapel Hill. Duke Law is ranked #10 by U.S. News & World Report, but its costs are the sixth-highest in the nation. In a surprising twist, Duke publishes a legal journal called Alaska Law Review because Alaska has no law school of its own. Duke Law students can look forward to top 10 courses in constitutional and international law. 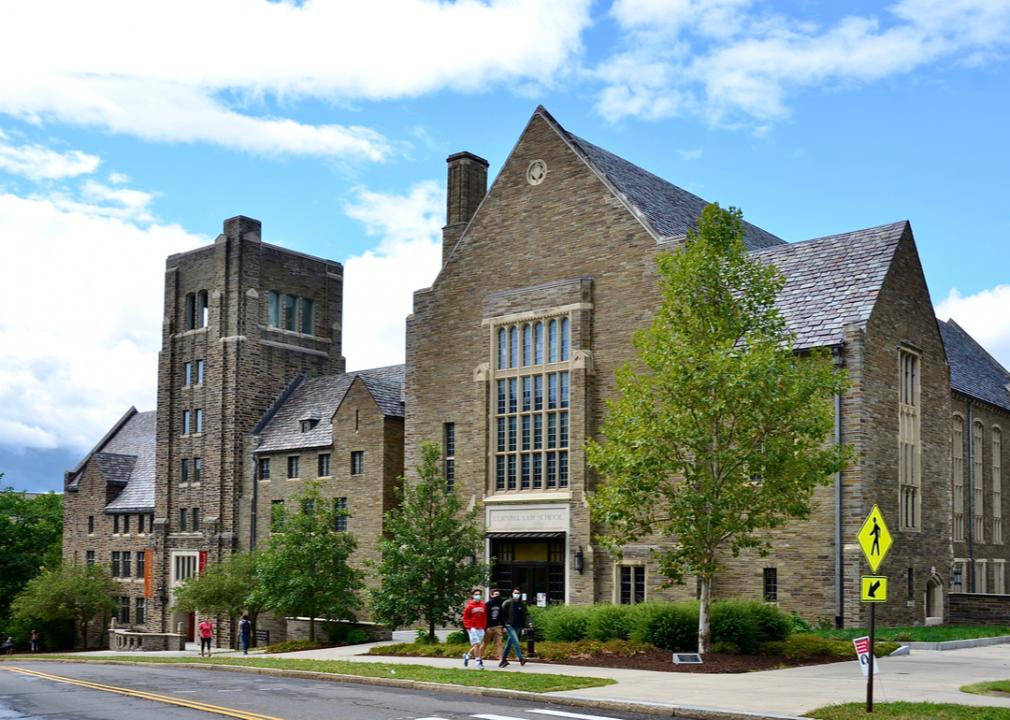 Cornell University is located in upstate Ithaca, New York. The school ranks fifth for costliest tuition despite a distant #13 ranki​​ng by U.S. News & World Report. One reason for this may be the school’s relatively small size, about 600 students. That means each of the school’s about 200 faculty members have a ratio of 1-to-3 with their students—a strong ratio even among other Ivy League schools. Cornell Law doesn’t break the top 10 in any of the individual categories ranked by U.S. News & World Report. 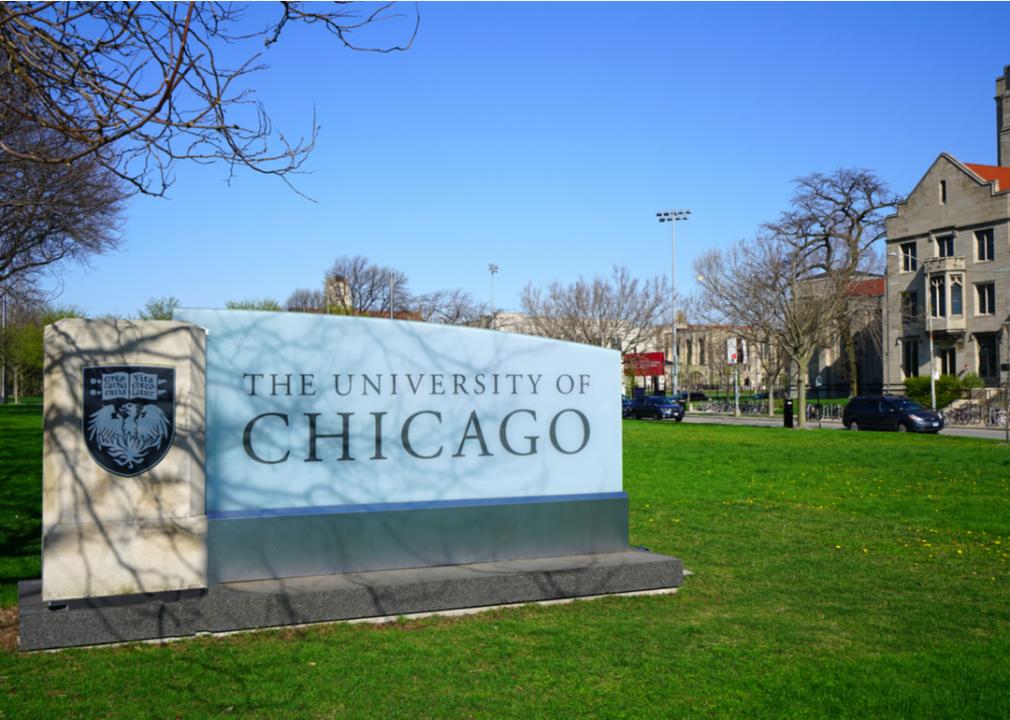 The University of Chicago is nestled in the heart of Chicago’s South Side in the Hyde Park neighborhood. The law school’s tuition ranks fourth on this list, which exactly matches its ranking according to U.S. News & World Report. It specializes in the Socratic method, a form of argumentation done by asserting and then fine-tuning hypothesis statements. That might sound stuffy, but it works well for the law school’s students. They ca​​n choose from the school’s highly ranked courses in corporate law, constitutional law, contract law, criminal law, and tax law. 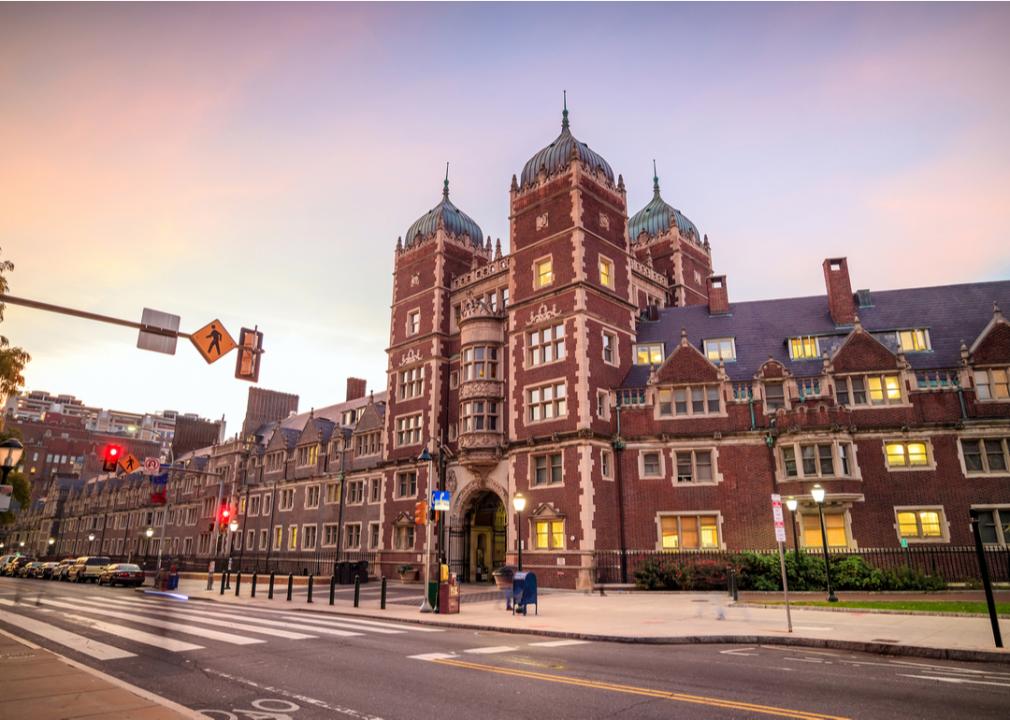 The University of Pennsylvania is an Ivy League school located in Philadelphia. Its law school is called the Carey Law School, renamed in just 2019 following a huge private donation. Tuition lands third on this list despite being ranked only #6 in the nation by U.S. News & World Report. The school ranked most highly for its corporate law, offering students a fast-track to employment in Philadelphia’s corporate law firms. It also ranked high in commercial and contract law and criminal law. 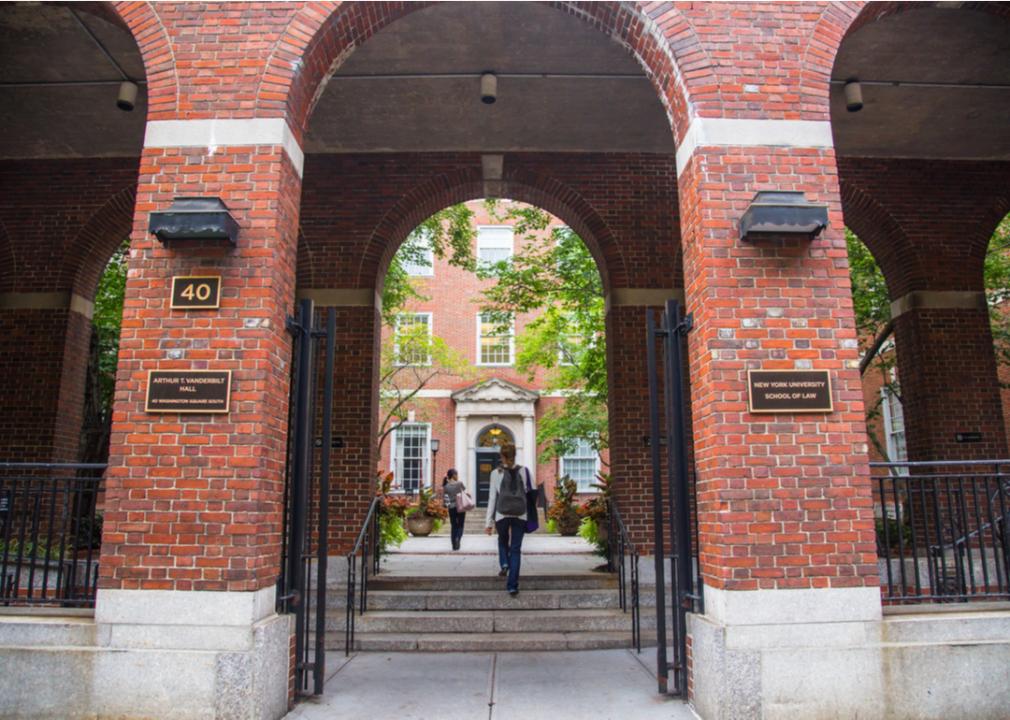 New York University’s law school cost the second highest in the nation for 2019–2020, despite being tied for #6 according to U.S. News & World Report. It’s the oldest exigent law school in the state of New York and the oldest one in the city. The school is ranked very highly in several different fields of law. First, students can pursue #1 ranked international law, especially relevant in the city where the United Nations is headquartered. Students can also study #1 ranked criminal law and #1 ranked tax law, both fields that make a lot of sense in the largest city in the nation. 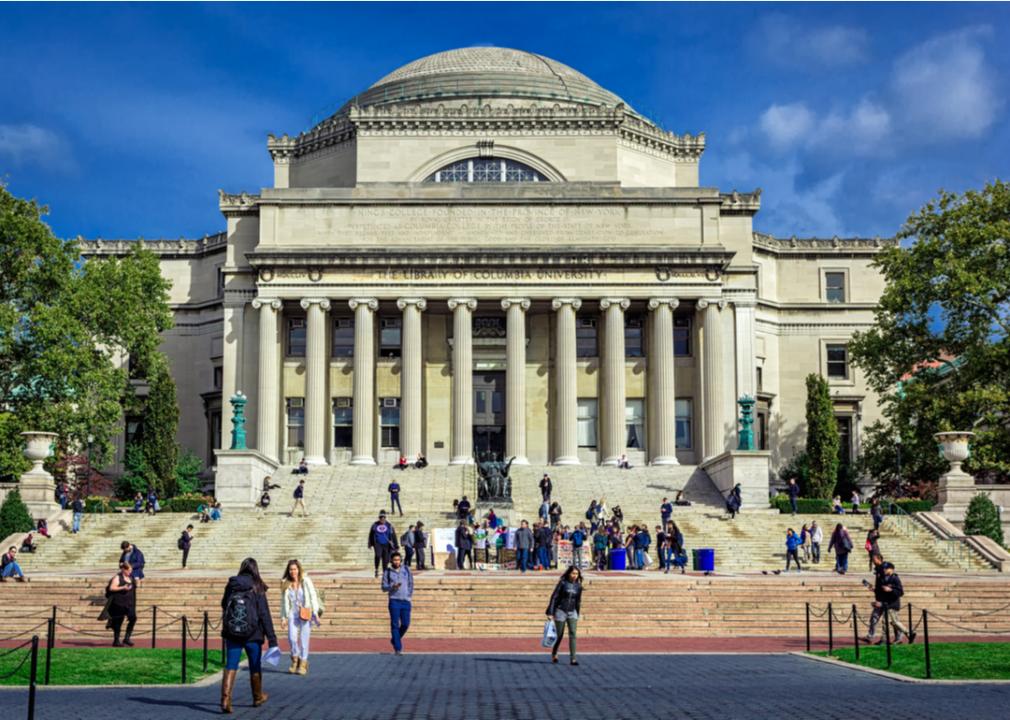 Columbia University’s law school is the most costly in the nation for 2019–2020, even though it is tied #4 in best law school rankings by U.S. News & World Report. The university is in the heart of Manhattan in bustling New York City. This fact, along with its Ivy League status, could help to explain its high tuition cost. It may also not be surprising that Columbia Law School excels at corporate law, with graduates often going directly into prestigious New York City law firms. The school also ranks very high in contract and commercial law.

This story originally appeared on Testing.org and was produced and distributed in partnership with Stacker Studio.