Mass Shooting Crisis: Monterey Park is the Latest in a String of Tragedies 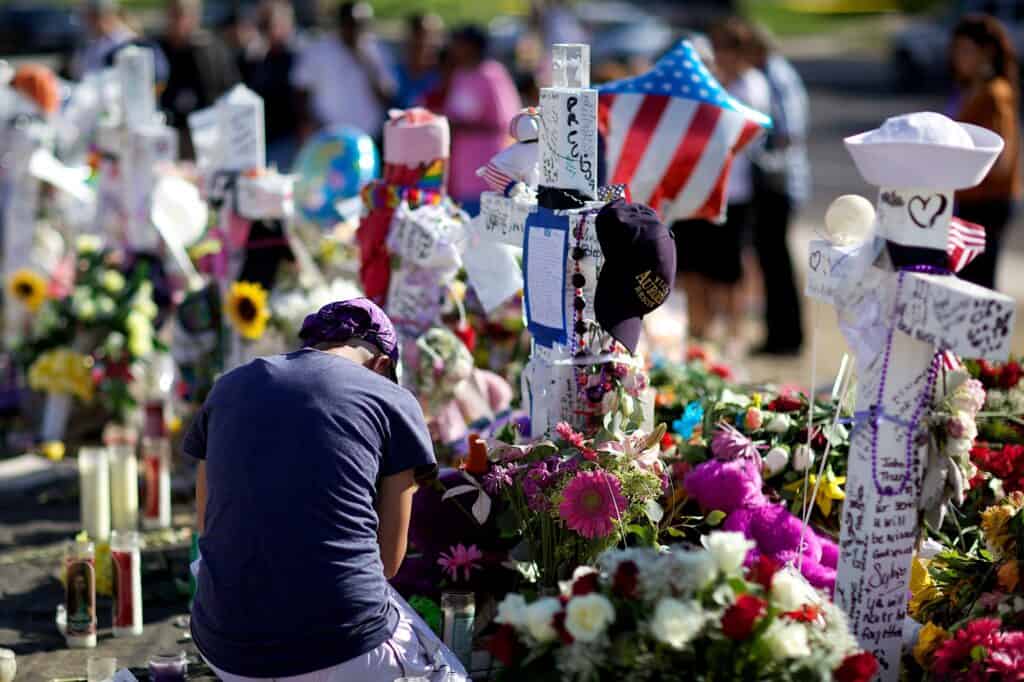 So far, in 2023, we have witnessed at least 39 mass shootings across the country, with two recent ones in California. As news of Half Moon Bay shootings pours in with seven dead and one critically injured, people are still reeling from the Monterey Park Shooting just two days ago on January 21. The 2023 Monterey Park mass shooting has been identified as the deadliest mass shootingin the history of Los Angeles County.

As a result of the gruesome killings, eleven people were killed and nine others injured. The shooting happened at the Star Ballroom Dance Studio, where people gathered to celebrate the Chinese Lunar New Year.

Details of the Night

According to police authorities, at 10:22 p.m., shots were heard at the Chinese-owned Star Ballroom Dance Studio in the 100 block of West Garvey Avenue, near Garfield Avenue. After indiscriminately shooting victims, the gunman fled the scene, while the police responded within 3 minutes of the first 911 call.

The suspected gunman had fired 42 rounds at the dance hall. Witness accounts state that the gunman, a senior citizen, had spotted his wife in the hall, which triggered him, and he started shooting everyone in the ballroom while casually walking around with his gun.

The Gunman Continued the Attack in a Different Location

The horrific attack was about to be followed by yet another one at Alhambra, just 3 miles away from Monterey Park. The police were informed of a gunman rushing into the Lai Lai Ballroom and Studio on South Garfield Avenue. However, 26-year-old Brandon Tsay, whose family owns the studio, stopped him at the lobby. Tsay wrestled the gun away from the attacker and fended him off before calling the cops. Tsay’s timely actions have been labeled as no short of heroic; he averted another colossal tragedy.

The gunman fled the scene in a white 1990s Chevrolet Express 3500 cargo van. On January 22, in Torrance, about 22 miles from the site of the second attempted gunfire, police intercepted a van with a description that matched the one seen leaving Alhambra. The license plates seemed to be stolen. As officers approached the vehicle, they heard a single gunshot from inside the car; the gunman had killed himself with a self-inflicted gunshot from a Norinco handgun.

The police concluded that the gunman responsible for the Monterey Park Shooting and the attempted firing at the Alhambra incident was the same, 72-year-old Hua Can Tran. His marriage license record indicates that he is Chinese, but an immigration document states that he was born in Vietnam. Tran became a naturalized US citizen in 1990.

Monterey Park is a Chinese enclave; it was the first city in the US to be home to a large section of people of Asian descent.

According to the Gun Violence Archive, a non-profit research organization, four or more individuals killed or injured constitutes a mass shooting. By that yardstick, there have been at least 39 mass shootings in the US, including the most recent one in Oakland, California, where 9 people were shot, leaving 8 injured and 1 dead.

Mass Shootings on the Rise in 2023

Here is a partial list of the most gruesome mass shootings in 2023.

January 23 – Half Moon Bay firing at California, in which a 61-year-old killed 7 co-workers and left 1 critically injured.

January 21 – Monterey Park Shooting in California, in which a 72-year-old killed 12 people and left 11 injured at a dance studio where people had gathered to celebrate the Chinese New Year.

January 15 – Goshen Firing in California, where a shooting at home killed a family comprising a baby, a teenager, and four others.

January 7 – Huntsville shooting in Alabama, where two women were shot dead and thirteen others severely injured as they were caught in a crossfire between two groups at a party in a strip mall.

January 4 – Encroach, Utah Shooting, where members of a family, 3 adults, and 5 children were shot at home.

2022 was the deadliest year for mass shootings in the history of the United States, according to James Alan Fox, a professor of Criminology, Law, and Public Policy at Northeastern University. He said that there were as many as 36 deaths from mass shootings, overtaking the record of 33 fatalities in 2019.

The deadliest mass shooting in the US in 2022 was the one at Uvalde, Texas, on May 24, which left 19 children and 2 teachers dead. It followed just ten days after the massacre at a supermarket in Buffalo, where 10 people were shot dead.

The Gun Violence Archive concluded that there were 648 mass shootings in 2022, of which 21 incidents involved the deaths of more than 5 people. This included the shootout at Walmart in Chesapeake, Va, on November 22, which killed 6 people, and the firing at an LGBTQ nightclub in Colorado Springs on November 19 which resulted in 5 fatalities.