Kari Lake Claims U.S. Will ‘End Up Like China’ If She Concedes 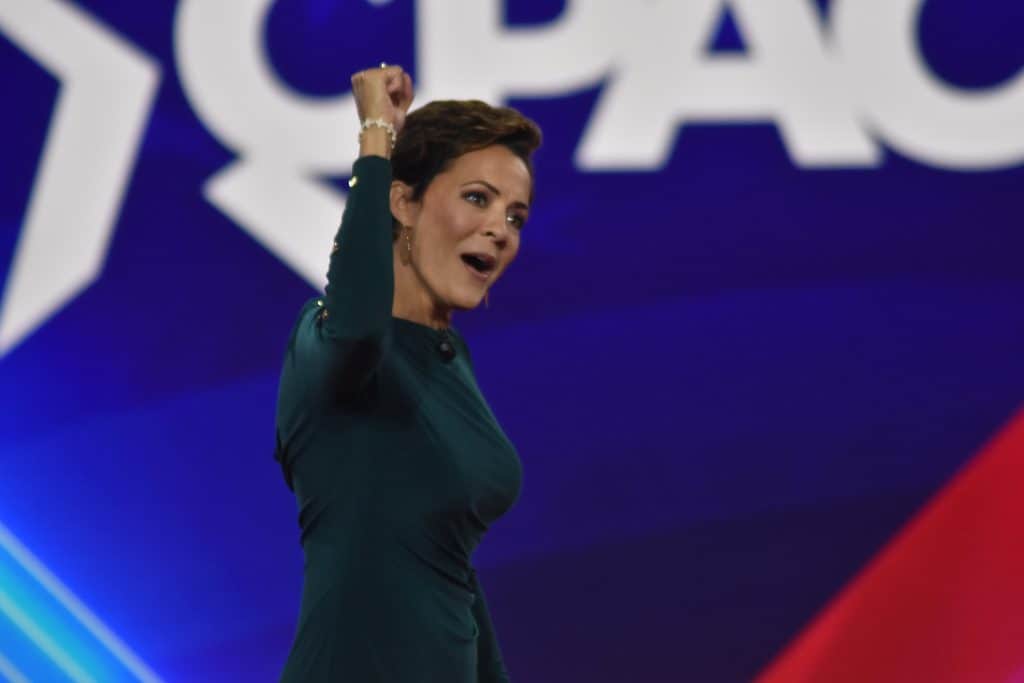 Despite the fact that the Arizona gubernatorial election was called for Democrat Katie Hobbs, Republican candidate Kari Lake has refused to concede. Throughout the election, Lake has maintained that there was election fraud going on in parts of Arizona because of delayed votes. Now she is saying that the United States will “end up like China” if she concedes the election.

Kari Lake was a Trump-endorsed candidate and was outspoken about the 2020 election being fraudulent. She lost a very narrow race with Hobbs but has yet to announce that she will concede. She has repeatedly stated that she and her team are working to overturn the election in the wake of her loss.

Her evidence is that on Election Day, Maricopa county’s polling centers were having technical difficulties with their tabulation machines. The machines were reportedly not correctly counting the votes, but the uncounted votes were supposed to be collected and officially counted sometime later.

Lake has been continuously criticizing Maricopa county officials and claiming that the election was fraudulent because of the delayed vote count. In an interview on the War Room podcast, she assured her supporters that she and her team are working hard behind the scenes.

“I do want people in your audience, to understand that we are working incredibly hard behind the scenes. People are saying, ‘Why haven’t we seen more, what are you doing?’ There is a process, there is statute that we have to follow and we are doing that but we feel very confident in our case. I have not given up one scintilla of the fight I have in me. Someone said to me ‘Kari, you are fearless’.

Even after the election was called for Katie Hobbs, Donald Trump posted on Truth Social that Kari had really won the election and suggested that the election was fraudulent. He said, “Massive numbers of ‘BROKEN’ voting machines in Republican Districts on Election Day. Mechanics sent in to ‘FIX’ them made them worse. Kari had to be taken to a Democrat area, which was working perfectly, to vote. Her opponent ran the Election. This is yet another criminal voting operation—SO OBVIOUS. Kari Lake should be installed [as] Governor of Arizona. This is almost as bad as the 2020 Presidential Election, which the Unselect Committee refuses to touch because they know it was Fraudulent!”

The Maricopa county supervisor Steve Gallardo has denied Lake’s claims and criticism of him in a video. The Board of Supervisors got together on Monday evening to certify the elections after the last few counties turned in their results.

Republicans were skeptical about the certification and called for the meeting to be delayed. Gallardo also publicly chastised Lake for only pushing “one side of the story” and not allowing the election officials to explain what happened at their polling stations.