The Joss Whedon Accusations Matter, Whether ‘Justice League’ is Good or Not 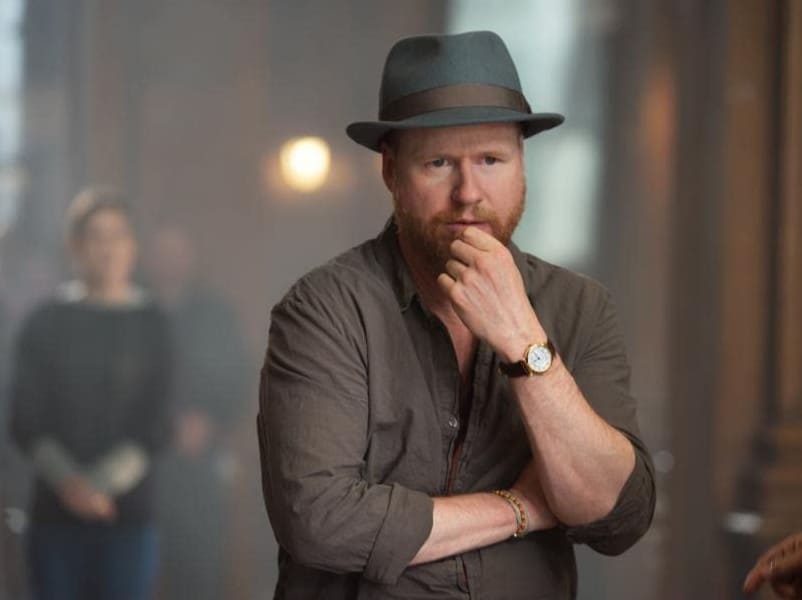 Actors, writers, and colleagues have accused director and showrunner Joss Whedon of a long history of abusive, sexist, and racist behavior. These accusations have also become fodder for fandom arguments about the DC Extended Universe. Whedon reworked Justice League (2017) after director Zack Snyder was forced to step down, and fans have used the former’s disgrace to argue for a return to the original’s vision for a darker, Darkseid-ridden DC Universe film arc.

When we learn that an artist has mistreated people, we may turn on the art and find the moral failings of the creator in the creation. That’s understandable, and even justified to some degree; racist creators often have difficulty writing nuanced Black characters, as just one example. But it’s also important to recognize that workplace abuse isn’t ultimately an issue of whether you like a movie, or even of what movies you want to see made. If we look to aesthetics for evidence of a creator’s abusive behavior, we risk being unable to see abusive behavior in artists whose work we like.

Whedon’s behavior is in the news again because of a lengthy New York Magazine interview with the director. The interview touches on a litany of accusations. Actor Charisma Carpenter, who appeared in Whedon’s Buffy the Vampire Slayer in the late 1990s, said that Whedon abused and fired her when she became pregnant. A writer on Whedon’s television show Firefly in the early 2000s said that Whedon abused and mocked female writers on the series. And Ray Fisher and Gal Gadot, who played Cyborg and Wonder Woman in Justice League, said that the director engaged in racist and sexist abuse on set.

In the New York Magazine story, Whedon insults many of his accusers and minimizes their testimony. He claims that he did not threaten Israeli actor Gal Gadot’s career, for example, insisting that she misunderstood him because “English is not her first language.” He also called Ray Fisher a “bad actor in both senses”—meaning both not good at his job, and a liar.

This callous and dismissive response has predictably, and justifiably, led to social media backlash, and to defenses of Ray Fisher’s performance. It’s also (and also predictably) fueled the long-running argument over which is better, Whedon’s Justice League or the 4-hour extended Snyder cut released on HBO Max in 2021.

“We have seen the Snydercut and after watching it I couldn’t imagine what the entire cast must have felt while shooting for the shittiest movie in history [Whedon’s Justice League],” one commenter tweeted in response to the story. The tweeter added “#RestoreTheSnyderVerse. For hard-core Zack Snyder fans, Whedon being awful again is another opportunity to argue that Snyder should resume control of the DC Extended Universe.

Whedon certainly did make life miserable for his actors according to all accounts of their experience on set during Justice League. And part of that was about creative differences; Fisher in particular had concerns about the director’s handling of a Black character’s story.

But creative differences aren’t unusual on set, and for that matter, it’s not unusual for Hollywood to produce mediocre action franchises. What made Justice League especially horrible was that Whedon treated his actors with such callousness and disrespect. This is consistent with the way he has treated actors and subordinates in the past on critically acclaimed shows like Buffy and Firefly. Bad art is worth criticizing on its own terms. But even if you liked Buffy, and even if you (like me) think Whedon’s Justice League was (marginally) more watchable than the four-hour Snyder version, his behavior remains unacceptable.

It’s important to emphasize that decent art does not excuse abuse because extremely abusive artists have made some very celebrated films. Producer Harvey Weinstein is the most obvious example; he made a slew of highly acclaimed films like Sex, Lies, and Videotape, Pulp Fiction, and Shakespeare in Love, before actresses began to come forward in 2017 accusing him of a brutal, systematic, extensive history of sexual abuse and violence.

Weinstein is hardly alone though. Actor Tippi Hedren has said that Alfred Hitchcock sexually assaulted her while she was working on The Birds, and then threatened to destroy his career when she fought him off. Quentin Tarantino forced Uma Thurman to drive an unsafe car despite her protests, resulting in a harrowing crash. Actor Maria Schneider says that she felt “humiliated” and abused during an unscripted sex scene in Bernardo Bertolucci’s Last Tango in Paris.

Bertolucci responded that the humiliation of Schneider, and specifically the fact that he had not warned her about the scene or gotten her consent, made the film better. To him, it was worth harming his subordinates in order to make better art. To which the only response is, if you can’t make good films without sexually humiliating and traumatizing your actors, you shouldn’t be making films, no matter how much of a genius you, or critics, or audiences, think you are.

Whedon obviously cannot be trusted with power over others; he shouldn’t be allowed in supervisory roles on a film set. And right now, it looks like he may not be; the accusations have finally stalled his career.

But if Justice League had been a critical and commercial success, would Ray Fisher’s testimony have mattered? Rumors about Whedon’s behavior have circulated for decades with no effect. There’s some vindication in being able to say, “this person is abusive…and also their art is terrible.” But we need to be able to identify and prevent abuse even when the abuser makes better movies than Justice League.

Noah Berlatsky is a freelance writer based in Chicago. His book, Wonder Woman: Bondage and Feminism in the Marston/Peter Comics was published by Rutgers University Press. He thinks the Adam West Batman is the best Batman, darn it.
JOIN US