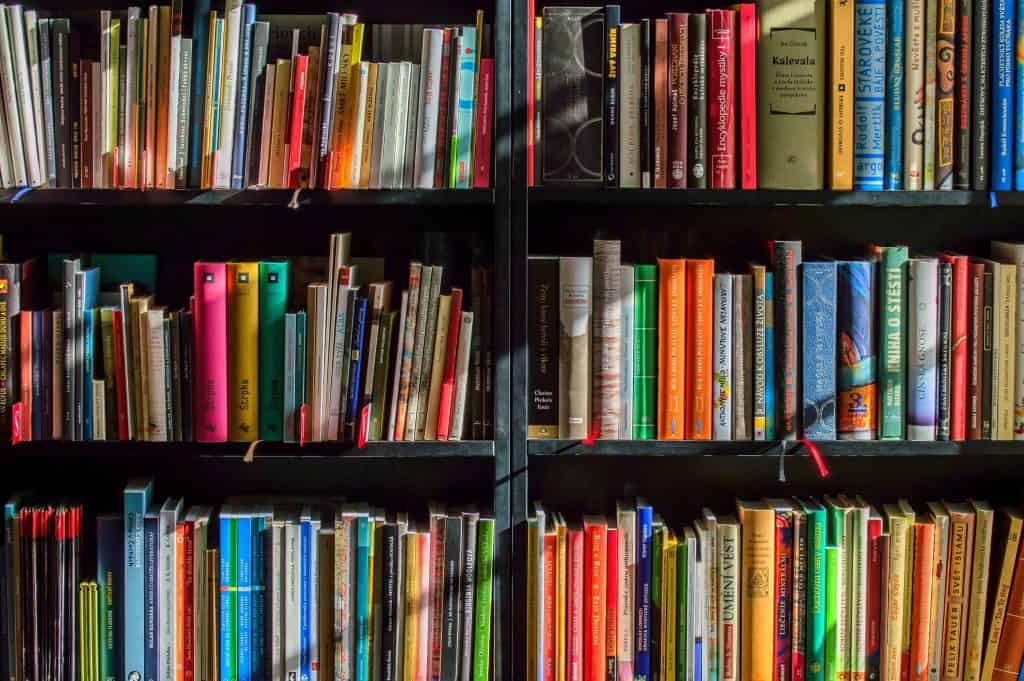 A member of SpaceX’s founding team, Jim Cantrell, said about Musk, “You know, whenever anybody asks Elon how he learned to build rockets, he says, ‘I read books.’ Well, it’s true. He devoured those books. ”

As a young child, Musk was a voracious reader, and he shared how he grew up reading comics and the Encyclopedia Brittanica. In an interview with CNN in 2014, Musk described his love of books, particularly biographies, and how much he enjoys reading on his iPhone while traveling.

These nine books are just some of the books that Tesla owner Musk has discussed reading. Over the years, Musk shared different books he enjoys, books he recommends, and books he believes changed his life in various interviews. Musk is also a frequent tweeter and recommends books to over 90 million Twitter followers.

Here are 10 of the books on Elon Musk’s reading list:

The Biography of Benjamin Franklin by Walter Isaacson

In a 2014 CNN interview, Musk said he enjoys reading biographies, particularly The Biography of Benjamin Franklin, whom he describes as “one of my heroes.” The hefty book describes Franklin’s entire life, mainly how he worked to create the American Nation.

The Hitchhiker’s Guide to The Galaxy by Douglas Adams

Musk shared that he read The Hitchhiker’s Guide to The Galaxy in an interview in January 2013. He said about the book, “it highlighted an important point which is that a lot of times, the question is harder than the answer. And if you can properly phrase the question, then the answer is the easy part. “ In a later Clubhouse Interview, he brought up the book again, saying, “The Hitchhiker’s Guide to the Galaxy is a book of philosophy disguised as a silly humor book.”

The Lord of the Rings by J.R.R. Tolkien

In an interview with the New Yorker, Musk said, “The heroes of the books I read, The Lord of the Rings and the Foundation series, always felt a duty to save the world.” As an undersized kid, he was often bullied, and he felt comfort in reading these books.

When Elon Musk tweets, the world takes notice. He has discussed how the book he reads informs the decisions and paths he takes in his life.

Musk discussed how the book series Foundation by Isaac Asimov influenced him to build and launch rockets (Musk founded Spacex in 2002). This science-fiction saga made him think. He told The Guardian in 2013, “It’s a futuristic version of Gibbon’s Decline and Fall of the Roman Empire. Let’s say you were at the peak of the Roman empire. What would you do, what action could you take to minimize decline?” The answer, he said, was to invest in technology. This book spurred him to found SpaceX, the home to the Falcon 9 reusable rocket. On June 15, 2018, he again recommended the book, tweeting, “ “The Foundation series [is] fundamental to [the] creation of SpaceX.”

The Dune Saga is a cross between science fiction and fantasy. In December of 2014, Musk tweeted, “Dune series by Herbert also brilliant. He advocates placing limits on machine intelligence.” As a tech mogul, Musk has often spoken about the dangers of AI and machine intelligence.

Waiting For Godot by Samuel Beckett

Many labeled this critically acclaimed, two-act play as one of the most important plays of our time. Elon Musk agrees. Musk described his love for this play in a tweet, “Have recently come to appreciate the awesome, absurdist humor of Waiting for Godot. We so often wait, without knowing why, when, or where.”

Musk reached out to author Richard Branson on Twitter, saying, “Liked Screw Business as Usual a lot” in yet another tweet. This approach should be taken to heart by all, as it really is the smart move.” As a billionaire who has built a few very successful companies, Musk certainly takes business advice to heart.

The Culture Series by Ian Banks

Musk likes reading books about machine learning and AI (Artificial Intelligence). In a tweet in December 2014, he said, “Reading The Culture series by Banks. Compelling picture of a grand, semi-utopian galactic future. Hopefully, not too optimistic about AI.”

And lastly, an Honorable Mention:

A Woman Makes a Plan by Maye Musk

Elon Musk promoted his mother’s book on Twitter, saying, “My Mom wrote a book.” Although he did not share if he read his mother’s book, it must be on his reading list. Maye Musk shares her advice, personal story, and lessons learned from her life as an international supermodel in this book.

Add these books recommended by Elon Musk to your reading list!

This article was produced by A Dime Saved and syndicated by Wealth of Geeks.

Robyn is a millennial mom with a passion for personal finance. She has her MBA and has been studying Personal Finance on her own for as long as she can remember. She has always been “into” personal finance but got inspired to start her blog after a period of extended unemployment. She says that experience really changed the way she viewed her relationship with money and the importance of accessible personal finance education. Read more at A Dime Saved.
JOIN US

Not Finding Enough Time To Read? Now You Can Get Paid For It.