10 Takeaways From The Great Resignation Industries across the U.S. economy are facing a reckoning. The “Great Resignation”—coined and predicted by psychologist Anthony Klotz—is the tipping point of a nearly decade-long trend of employment dissatisfaction. It may seem counterintuitive that U.S. workers are quitting their jobs at record rates, particularly while the new variants of COVID-19 pose a potential threat to the economy.The details of the accelerating quit rate are still a bit of a mystery to economists, but some believe that economic relief payments and increased unemployment benefits, which expired over Labor Day, are not a significant contributing factor.

As we start to peel back the layers of this resignation surge, we see a complex picture of how the pandemic fundamentally shifted our values, how working to live should no longer be the status quo, how jobs should provide purpose, or at a minimum, appreciation and liveable wages, and just how much work must be done to actualize these things.

According to a 2021 McKinsey report, roughly 85% of frontline workers and management—our pandemic heroes for whom we made signs, rang bells, and cheered from rooftops—say they are unsure or unable to align their purpose with their work. The same percentage of upper management and executives say they can. This dramatic difference—what Mckinsey calls the “purpose gap”—among low-wage or essential employees and those already in position of flexibility and power is one defining characteristic of the “Great Resignation.”

Job Sage analyzed economic releases, labor market studies, and news reporting to produce 10 takeaways from and other defining features of the “Great Resignation” as it currently stands. Read on to learn more about how the pandemic is altering the way we think about and carry out our work, and why, for millions, quitting is the first step toward overall wellbeing. 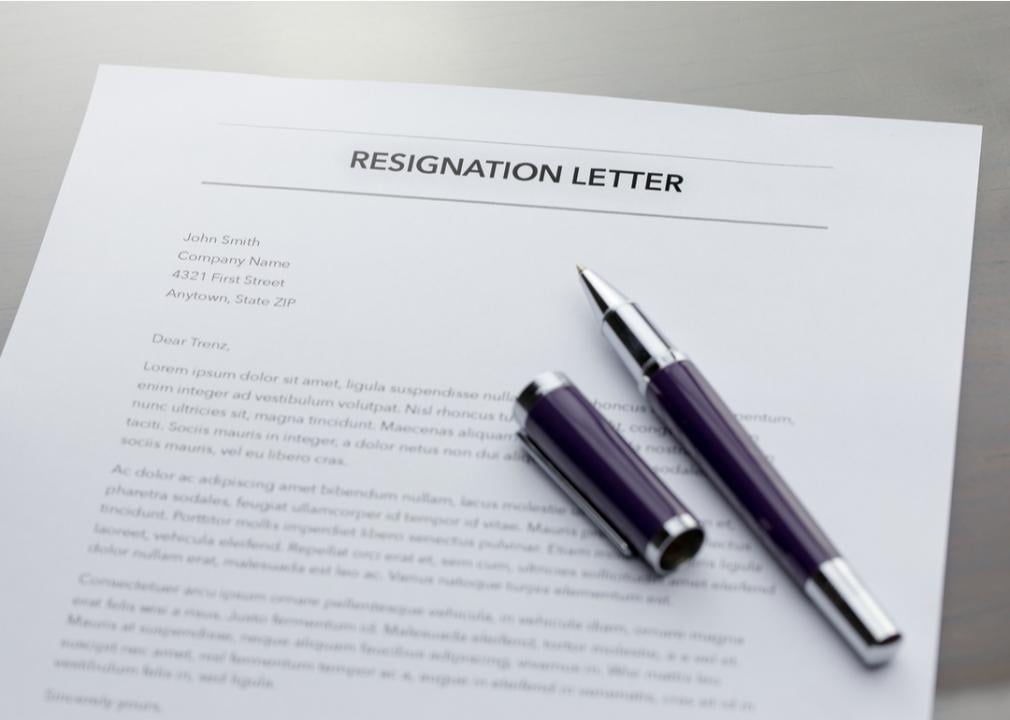 Workers are quitting at record rates—accelerating a trend since 2009

While the “Great Resignation” crested in August with a record-breaking 4.3 million workers—nearly 3% of the total workforce—quitting their jobs, the wave of resignations has been growing steadily since 2009. The quit rate dipped to near-record lows over the first four months of 2020, coinciding with the start of the pandemic, as uncertainty about the economy grew. Some experts posit that 2021’s surge of resignations is the carryover from 2020 when, with layoffs abounding, many people with steady employment delayed job switching. 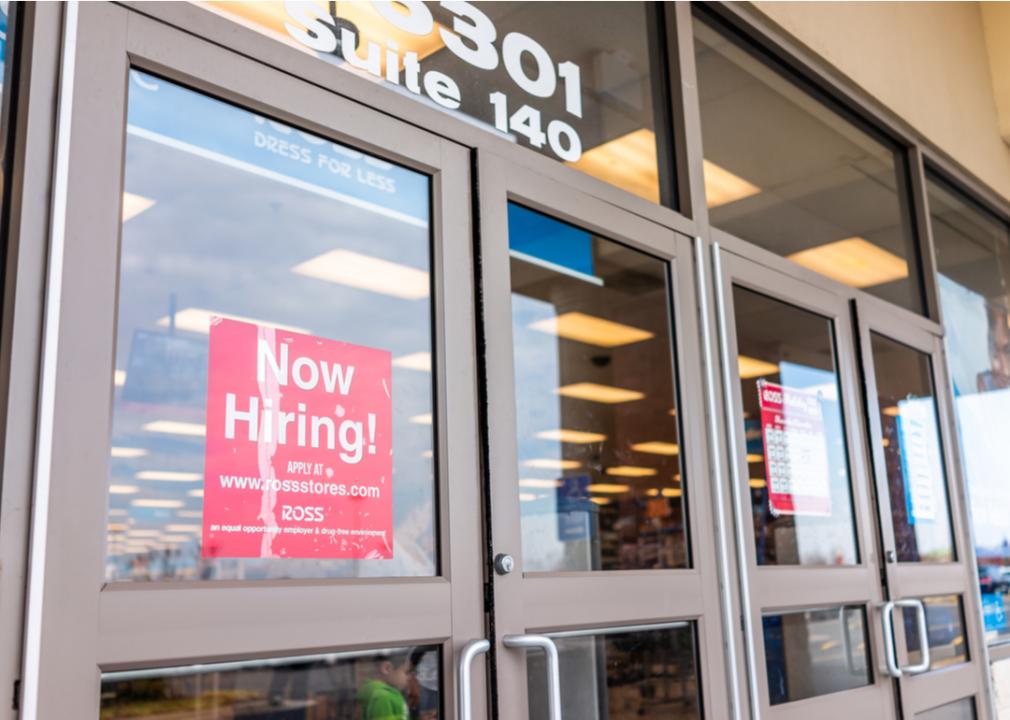 There is more opportunity than ever out there right now

There were more available jobs in August than at any other point in U.S. history. With roughly 11 million job openings and 9 million people unemployed, these numbers are indicative of high quit rates (at 2.9% of the workforce, it was the highest on record). Jobs that are difficult to fill—like those with low wages and high stress—or highly technical roles, and an unemployed workforce that falls somewhere between overqualified and underqualified for a majority of open roles leaves a huge gap in the job market. It should come as no surprise the leisure and hospitality industries, with the greatest number of job openings, according to BLS data, also experienced the largest number of resignations during the late summer and early fall of 2021. 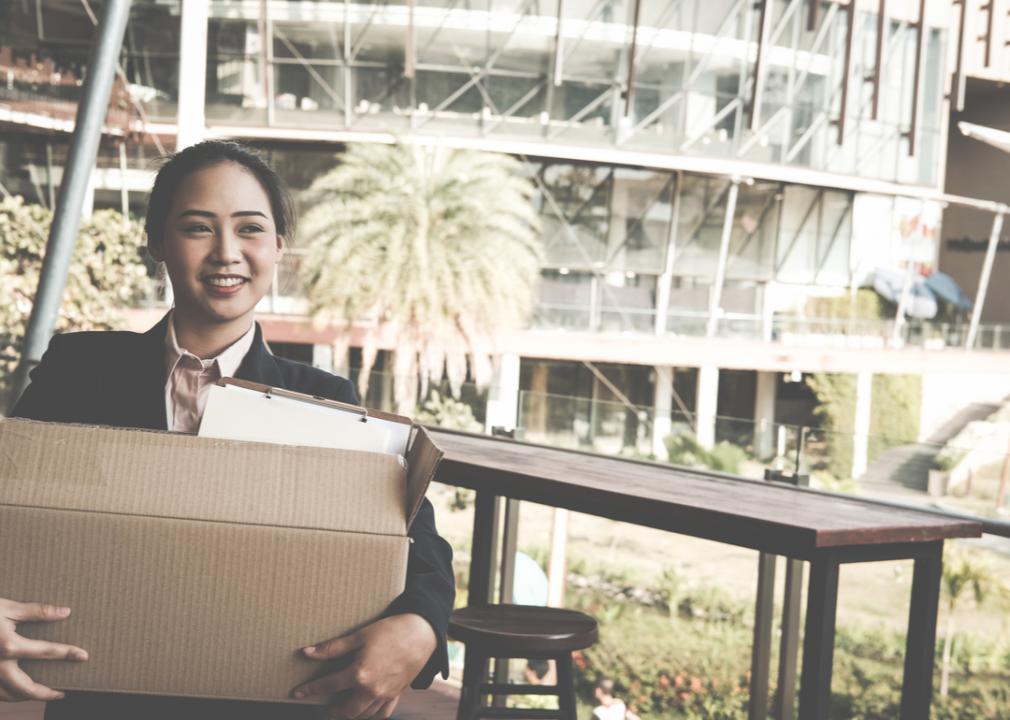 Workers are taking the time to reflect on what they want

Anthony Klotz, the psychologist who predicted the “Great Resignation,” says “pandemic epiphanies” are playing a significant role in the record number of resignations. Beyond day-to-day realizations, like figuring out how to homeschool your child or master Zoom, the pandemic has given many people the space to reflect on their quality of life, and the new priority placed on shifting personal values. According to a 2021 study conducted by UCLA, American values now resemble those of small isolated communities around the world. A newfound focus on togetherness, time freedom, and purposeful subsistence paired with diminished concerns about financial wealth are just a few pandemic epiphanies the American workforce are evaluating. 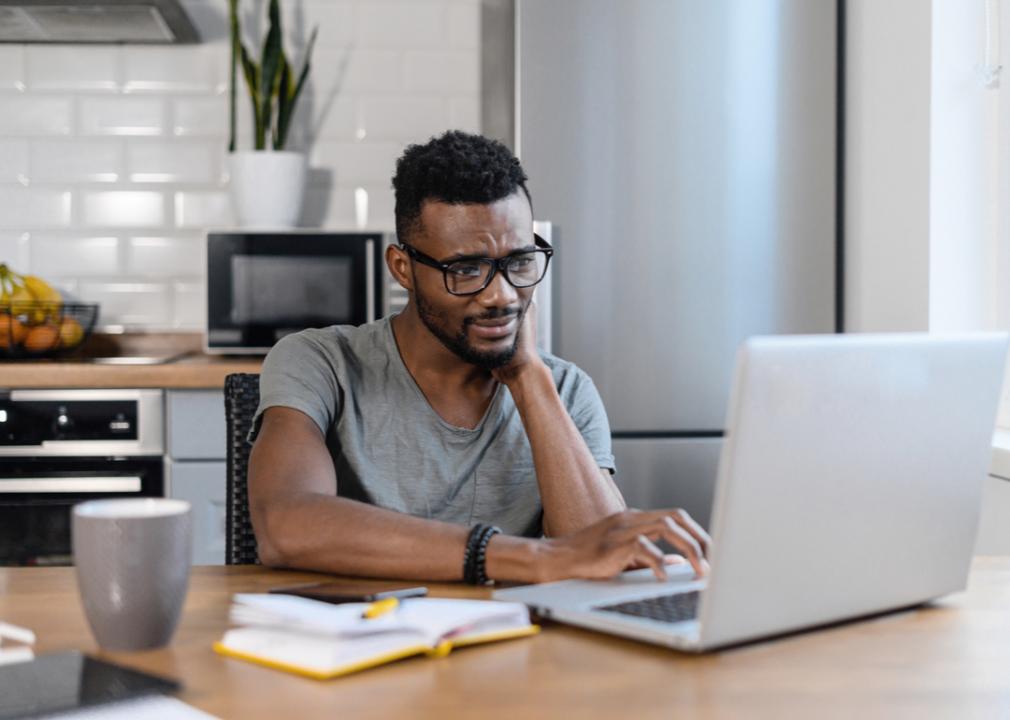 Flexible work is the new norm

Flexibility is one of the most prevalent values Americans have adopted during the pandemic. According to a 2021 Gallup survey of 9,000 American workers, 54% said they would prefer a hybrid work model, citing a desire to cut back on commute time, balance familial obligations, and maintain a higher standard of overall wellbeing. The same survey found that three in 10 employees were likely to seek out a new job if their remote work privileges were revoked by their employer. But remote work is, for the most part, a white collar luxury. Low-wage workers are quitting their jobs at historic rates, burnt out from virtually zero flexibility throughout the course of the pandemic, and long before. 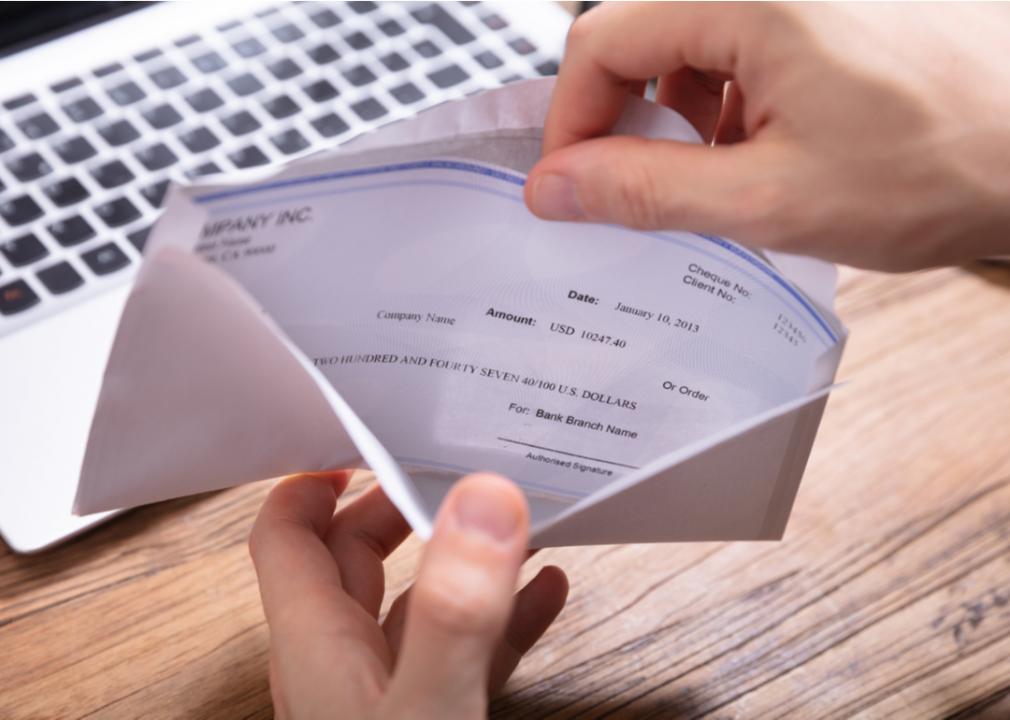 Compensation is being re-evaluated across the board

Many economists agree wages have been stagnating since the early 1970s. Four decades of slow wage growth in addition to one to two years of suspended salary increases due to the pandemic means compensation frustrations have reached their tipping point. To improve compensation on a large scale, experts recommend greater wage transparency, increasing base pay up to 20% for low-wage employees, pay increases at set intervals for hourly employees, and employer-provided benefits like childcare. 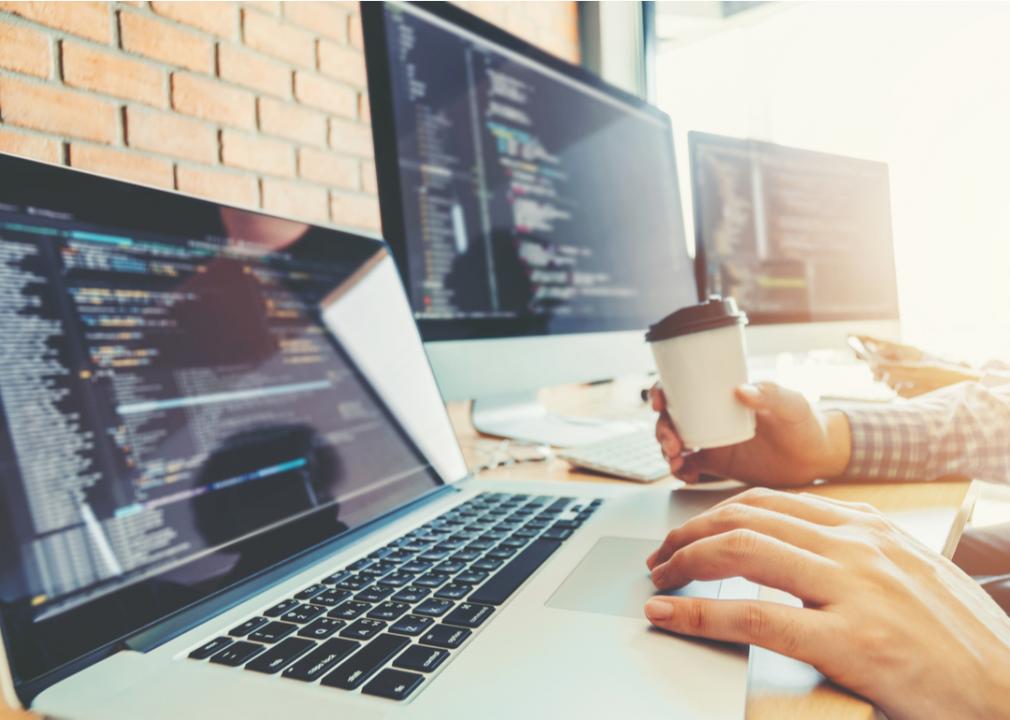 Workers are in the driver’s seat

Across all industries, wages in the third quarter of 2021 grew by just 3.3%—a small increase compared to the rate of inflation. But for those who switched jobs, wage growth was double, at 6.6%, indicating the leverage certain members of the workforce—like those in the tech or finance sectors—now have when negotiating higher pay. Wages for workers in the leisure and hospitality industry, however, grew by only 0.4% year-over-year. 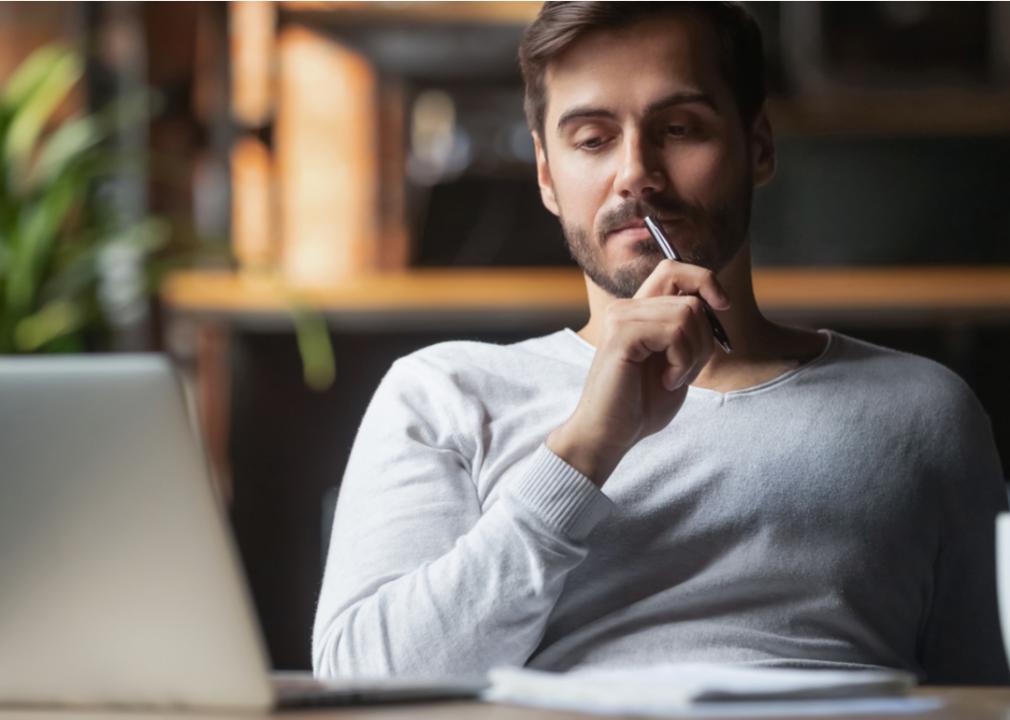 Turnover shocks are events in a person’s life that force them to evaluate their job satisfaction. These events could be personal like the birth of a child or a divorce. They could be workplace-specific like getting a new manager. Or they could be global, like the upending arrival of COVID-19. Even before the pandemic, research showed that nine out of 10 people would be willing to earn less money over the course of their lifetime in exchange for doing meaningful work. In a separate study conducted by McKinsey, researchers found that two-thirds of American workers are evaluating their purpose in life as a result of the pandemic, with roughly half reconsidering their work, specifically. As many workers emerge from the pandemic with a renewed set of values, employers must figure out how to provide a space for purpose in the workplace. 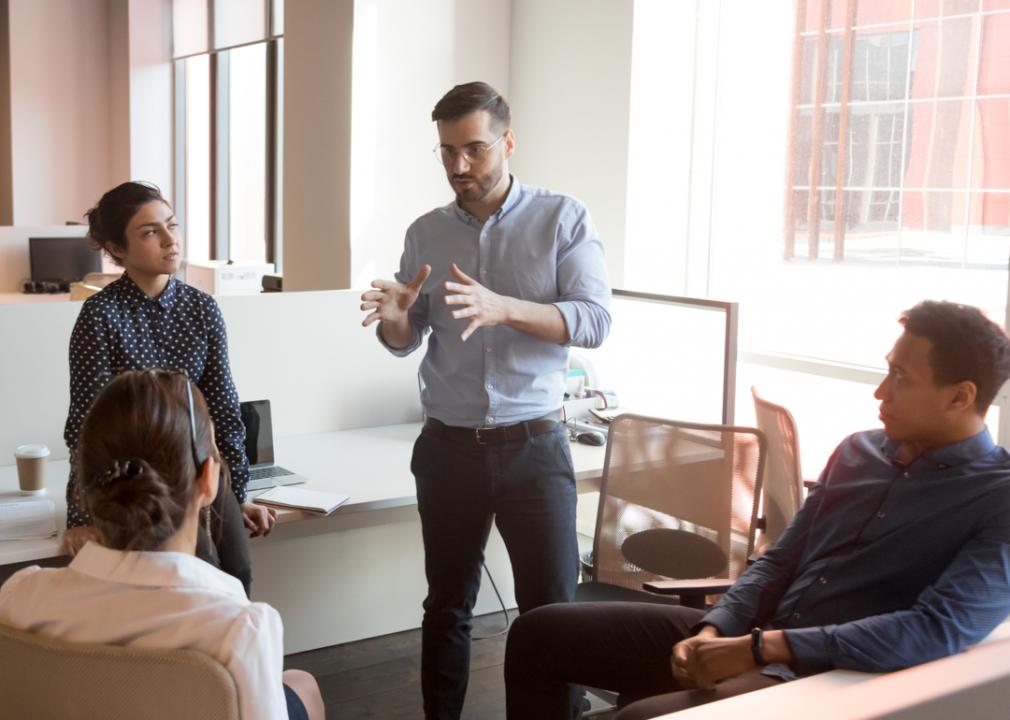 To retain employees, managers will need to change

While much of the world falls back into old habits, experts agree employers must change in order to retain employees. Flexibility, empathy, transparency, and open communication are among the most important things employers should prioritize in a post-pandemic workplace. A greater awareness of stressors like loneliness, caregiving responsibilities, and burnout from life outside of the office can help employees feel valued and understood. 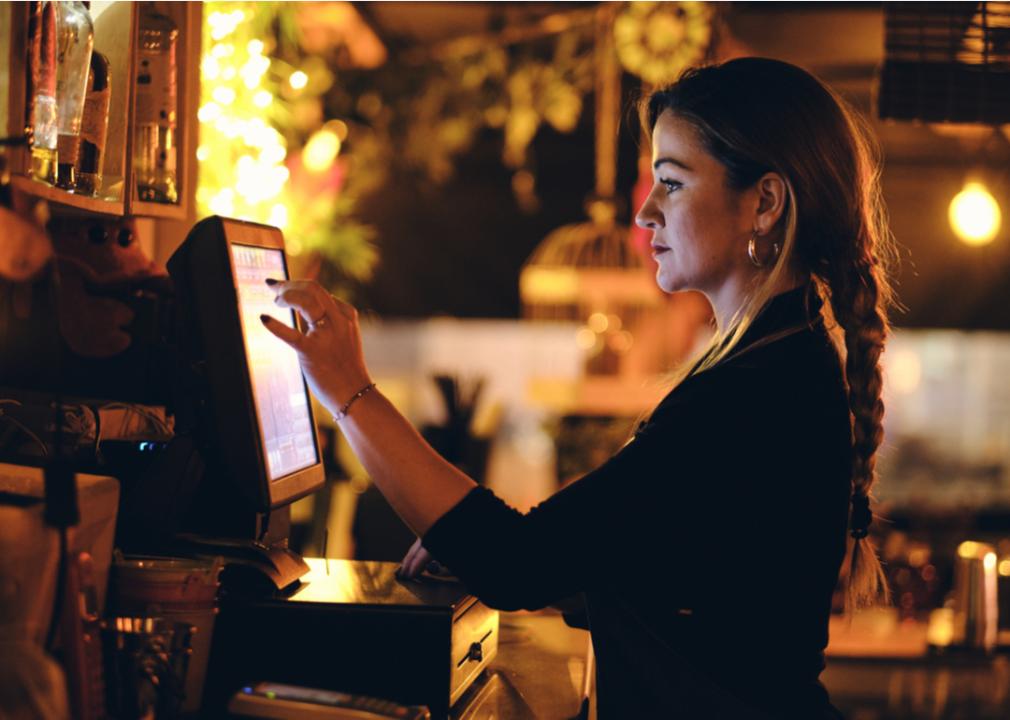 In the best of times, working in the hospitality and food service industries can be grueling and thankless. These industries have been gutted by the fallout from COVID-19, with hiring falling by 60% at the height of the pandemic. With a tentative return to a vague semblance of pre-pandemic life, the industry is facing a reckoning. Roughly 77% of workers in the hospitality industry are looking to change jobs and 25% of people are willing to quit without a new job secured, according to a report from Joblist. Workers are looking for greener pastures with greater flexibility, workplace safety, and appreciation. 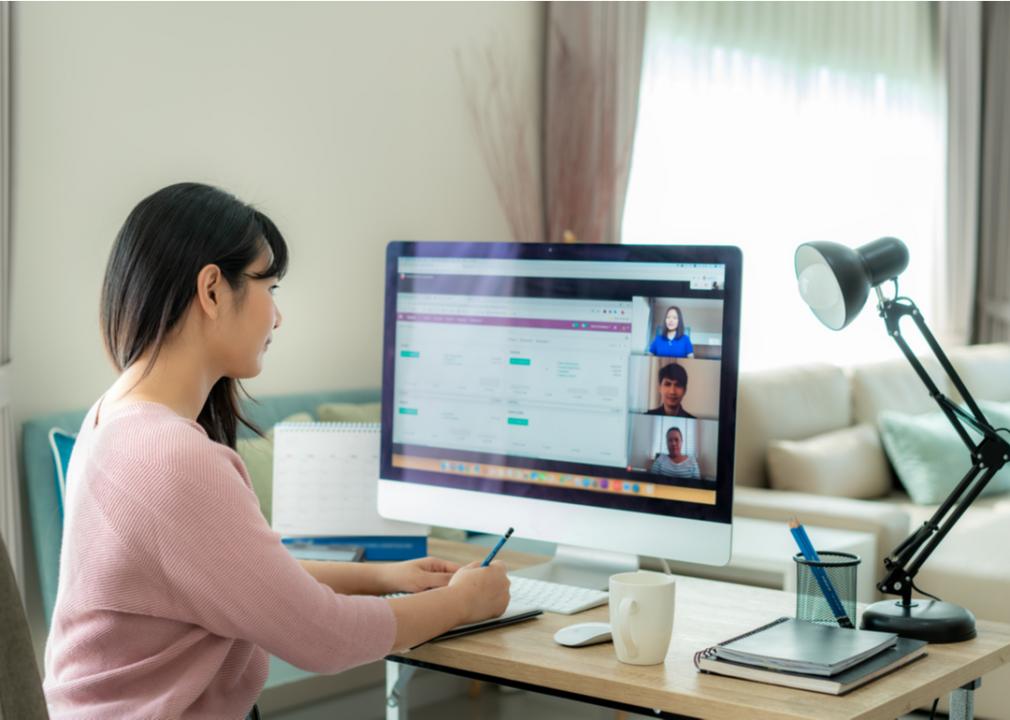 Employers are more focused than ever on employee satisfaction

A 2020 study conducted by Qualtrics and PricewaterhouseCoopers surveyed 200 IT executives across a variety of companies to learn how technology is being used to increase employee satisfaction. The vast majority of survey respondents said investments were being made in areas such as cloud infrastructure, data security, and IT staffing to support remote and hybrid work models for employees. Roughly 95% of IT executives said they’ve increased the amount they listen to employee feedback. An earlier and slightly larger survey by International Data Corporation found that implementing these types of flexibilities and support systems led to higher productivity, satisfaction, retention, and reduced absenteeism.

This story originally appeared on JobSage and was produced and distributed in partnership with Stacker Studio.

How to Save For a House: 10 Ways To Make Your Biggest Purchase Ever!

Keto Diet for Beginners – Best Practices To Get You Started